Posts about Forensic Science: In Pursuit of Justice

The Case of the Totally False Fingerprinting Propaganda

Deadlines are swarming like a school of sharks in search of blood, so I hope you’ll forgive me for recycling some blog content. I wrote this a year ago to celebrate the release of my second kid’s book on forensic ... Read More

It’s true – DNA fingerprinting is an incredibly powerful tool for forensics, in part because DNA can tell us: if a particular person was at a crime scene (TV CSIs call this “getting a match”) the identity of a ... Read More 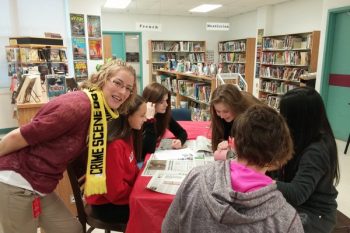 So I Did This Yesterday…

Six Reasons (Science) Writers Should Be in Schools

I attended junior high in Yellowknife, which is not the most isolated place in Canada, but definitely felt like it sometimes. Fortunately, the school library was huge, and offered a portal to endless worlds I couldn’t visit in the ... Read More 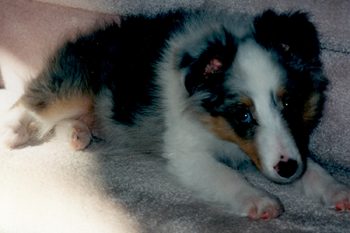 Cool bird, right? I did some research on chimerism while working on Fuzzy Forensics and Forensic Science: In Pursuit of Justice. A couple of different kinds have been found in humans. The type described in the video, where two ... Read More

I’m at Chapters in Dartmouth today, signing copies of Forensic Science, Fuzzy Forensics, and Fox Talk. If you’re in the vicinity, come on down between 12:00 and 2:00 pm and say hello! If you’re not, have a great weekend, and ... Read More 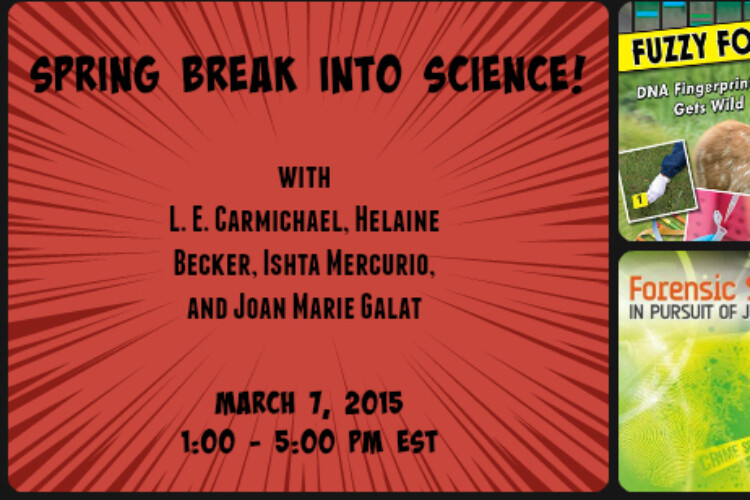 Spring Break Into Science is Today!

Come hang with me and my author friends on Facebook today! Fun science, book talk, and a chance to win great prizes. The event is public, so no “friending” is necessary. See you there! Read More

Local author and scientist Dr. Lindsey Carmichael will help your kids “Spring Break Into Science” this March, with two forensics-themed events planned for HRM. The events are in celebration of her 13th children’s science book, Forensic Science: In Pursuit ... Read More 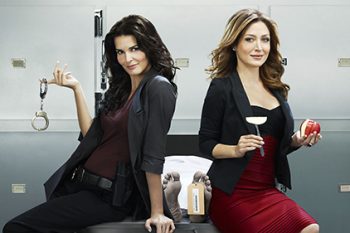 Yes, technically it’s now March, but since I’ll be celebrating Forensic Science and Fuzzy Forensics this Saturday at the Spring Break Into Science Facebook party, I figured one more crime science post was in order. Today I want to ... Read More

The audio isn’t the greatest in this clip, but it’s fascinating all the same – it captures the moment when British forensic pathologists discovered the wound that killed Richard III. As anyone with even a vague interest in pop ... Read More

Forensics February: The Case of the Totally False Fingerprinting Propaganda

The Industrial Revolution of the 19th century was responsible for more than just technological breakthroughs and the novels of Charles Dickens. It also caused a major spike in crime rates, as people moved from the countryside into the cities looking ... Read More 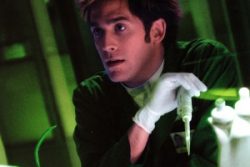 TV scientists have it so much easier than the ones working cases in the real world. They have unlimited budgets to buy all the shiniest new toys. They dress in designer clothes that never seem to get dirty, despite the ... Read More

A Blitz of Book News

Hello poor neglected blog! I apologize for my spotty attendance – November is a crazy month for both my day job and my writing work, and I confess to having chosen sleep over the internet on several occasions. But ... Read More