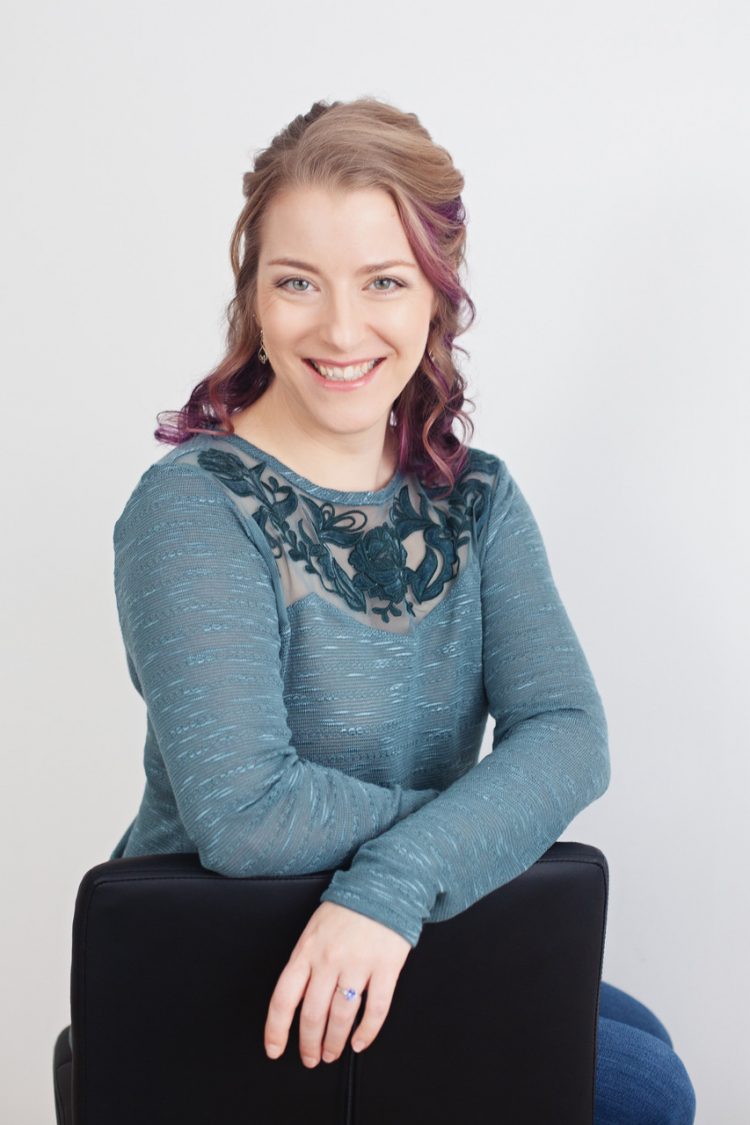 As a little girl, Lindsey Carmichael taught herself to read so she’d never have to go without a bedtime story. Her favourites were fairy tales, animal stories, and adventures that brought far-off times and places to life. Lindsey attended nine schools before the ninth grade. “I was a shy kid,” she says. “Leaving friends behind was hard, and making new ones was often harder. Books were friends I could take with me wherever I went.” The first stories Lindsey ever wrote were fan fiction based on these beloved books. She never published them, but her parents thought they were great.

When Lindsey was in grade six, author Sheree Fitch visited her school as part of TD Canadian Children’s Book Week. For the first time, Lindsey realized that writing stories was an actual job, and if Sheree could do it, maybe she could too. She immediately decided to publish as L. E. Carmichael, because the idea of autographing her full name into millions of copies was just too exhausting!

In high school, very practical people (like guidance counsellors and her dad) pointed out that most writers need day jobs to help pay the bills. Luckily, Lindsey had just read Joseph Wambaugh’s The Blooding, the true story of the first murder ever solved using DNA fingerprinting. “I was spellbound,” she recalls. “By the power of forensic technology, sure, but also by the science that underlies it. DNA is the ultimate book: the nature, origin, and wondrous variety of life on Earth are all written in its coils. I had to read more, so I enrolled in the genetics program at the University of Alberta.” Eleven years later, Lindsey won the Governor General’s Medal for her PhD thesis on the genetics of northern wolves and arctic foxes. While at the University, she also performed DNA fingerprinting for 15 forensic cases involving wildlife, and testified as an expert witness.

The most important thing Lindsey learned as a graduate student was that she hated doing scientific research. “I couldn’t stand being trapped in the lab all day,” she confesses, “but I couldn’t work in the field, either—it’s cold and dirty out there!” So, she took a job as a children’s bookseller and began seriously pursuing a career in writing. “People asked me how I could throw all that education away,” Lindsey says, “but I did no such thing. I use my education constantly, just in a slightly unconventional way. After all,” she adds, “scientists tell stories every day—we call them hypotheses.” 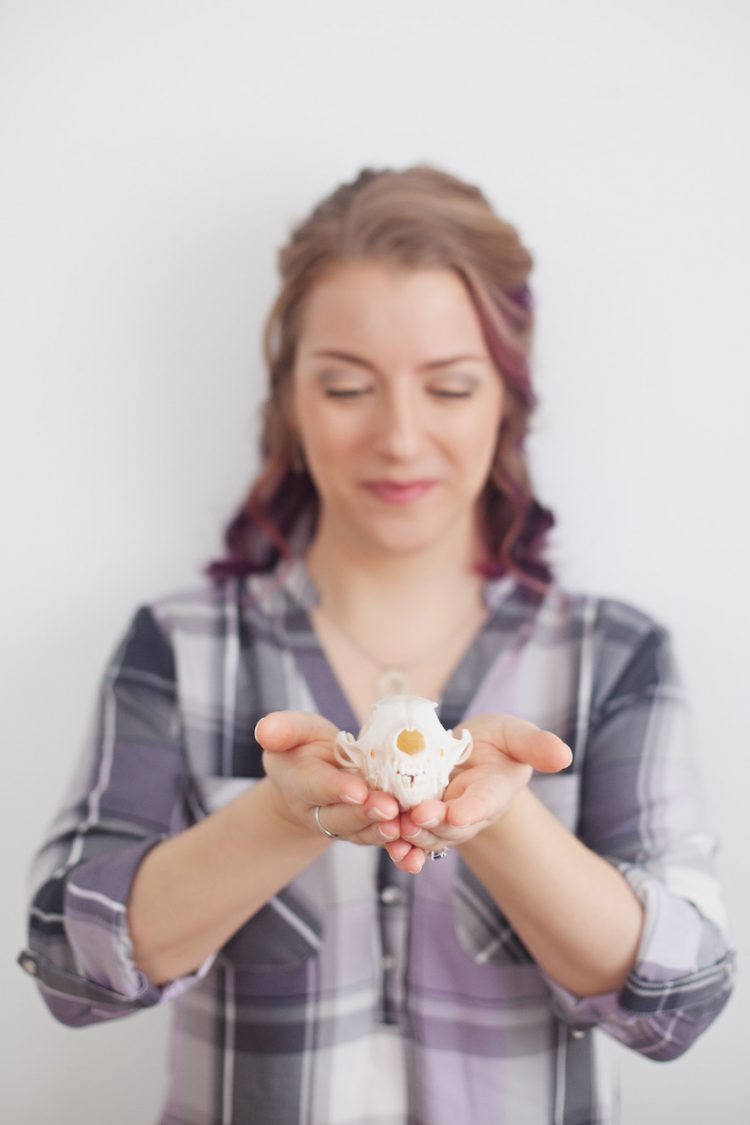 Switching from academic to creative writing took time and practice, but in 2008, Lindsey sold her first piece to Highlights for Children, an article called Bringing Up Baby Fox that’s based on some of her own research. She also included personal experiences in Fuzzy Forensics: DNA Fingerprinting Gets Wild, which won the 2014 Lane Anderson Award for best Canadian children’s science book. While most drawn to themes in biology, nature, and the environment, Lindsey’s also written about medicine, technology, and even the science of sports.

The author of more than 20 science books for children and young adults, Lindsey writes to spark her readers’ curiosity and ignite their imaginations. “I’ve been a fact addict since I was a kid,” she says, “and those are the kids I write for—the ones who are passionate about a topic, or who will be, as soon as they discover the right book.” She believes that great non-fiction inspires a love of learning, but also a love of reading. “A lot of kids who think they don’t like to read simply don’t like to read fiction. But give them access to cool information, and they’ll devour it.” She’s seen this transformation first-hand. A popular speaker, Lindsey presents in Canadian classrooms and libraries every year. “We always run out of time before the kids run out of questions! And once,” she adds, “a boy told me that he’d never liked science, but because of my presentation, he wants to be a scientist someday, too. That might be the greatest thing anyone’s ever said to me.”

While best known for her ability to make STEM topics engaging, relevant, and fun, Lindsey also writes the kinds of fantasy and adventure stories she loved as a kid. “Science tells us about the world,” she says, “but stories show us how we experience it—and they have such power to illuminate experiences other than our own. We need the empathy and compassion that stories inspire now more than ever.”

When not immersed in her latest work-in-progress, Lindsey is passionate about teaching and mentoring other writers. She’s taught writing courses and workshops from coast to coast, at universities, libraries, conventions, and conferences. “I love helping new writers build their confidence and find their voices. Besides,” she adds, “publishing is a tough business, and I wouldn’t have made it without the support of my community. Teaching is a way to pay that forward.”

Lindsey lives in Ontario with her husband and a six-toed cat named Sasquatch.

Teachers, librarians, and conference/panel organizers may use the following brief bio to introduce Lindsey at appearances and events:

At some point, every kid starts asking “Why?”. Lindsey Carmichael never stopped. As a PhD candidate, she uncovered new reasons why arctic foxes are the coolest; as a forensic scientist, she found out why bears sometimes get away with murder. As a writer, she follows her sense of wonder to the “whys” of subjects as diverse as nature, the environment, medicine, and technology.

The award-winning author of more than 20 STEM books for children and young adults, Lindsey writes to spark her readers’ curiosity and ignite their imaginations. Packed with “oh wow!” and “I never knew that!”, her books reveal the process of discovery and the stories behind the science. A popular speaker, Lindsey’s school visits encourage inquiry and kindle a love of life-long learning.