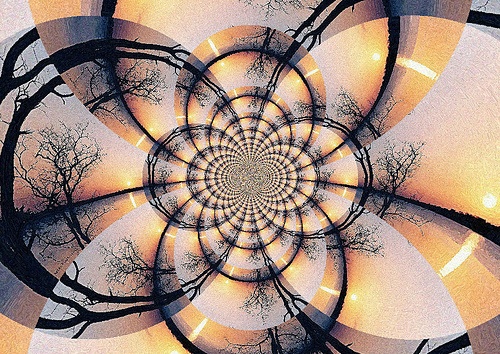 This lovely image courtesy of CC MacKenzie via Flickr

Like most people probably did, I spent a fair bit of time in December reflecting on 2015 and thinking about what I wanted to achieve in 2016. I made a huge list of goals. And then, because I’m nerdy like that, I created a spreadsheet breaking down those goals by day job, writing, and personal, further categorized each list (manuscripts/promotion, health/projects), and assigned each item a priority or deadline.

Colour-coded goal spreadsheets are nice, but they’ll only get us so far. To reach a goal, we also have to have a plan – a set of actions that will get us from where we are to where we want to go. The actions have to be clearly defined and measurable. “Exercise more” is a plan, but “Exercise 45 minutes 6 days a week” is a plan that will work.

I was looking at my highly diverse list of goals (finish novel, finish cross stitch, finally figure out how Twitter works), trying to come up with plans for achieving them, when suddenly it hit me. It doesn’t matter what the task is. Reaching any goal is about how we choose to spend our energy and time. And that comes down to two things: reducing friction, and increasing focus.

In physics, friction is a force that impedes movement. In life, it’s anything that causes unnecessary irritation or requires time we’d rather spend on something else. What I’ve come to realize is that, to be happy and successful, whatever success happens to look like to us, we have to identify sources of friction in our lives and destroy them without mercy.

Friction in my life takes a lot of forms. One example was the disorganized tupperware cupboard in my kitchen, which required me to rummage for 10 minutes every evening looking for lids to match containers. It only took 15 minutes to reorganize it, eliminating frustration and saving mental energy.

I sorted through a file of half-finished manuscripts and gave myself permission to recycle them, allowing me to focus on new, exciting projects without old ideas dragging me down.

I took a hard look at the volunteer work I do. I’m giving up certain positions so I can take on other causes I care about.

That particular source of friction was harder, because it wasn’t just about me – it was about other people’s expectations of me. With their emotional loadings, personal frictions are the hardest to eliminate. But we all have the right to surround ourselves with coworkers, friends, and family members who bring us joy instead of pain. If you’re dealing with the personal friction that comes from toxic relationships in any form, my post Lifespan of a Friendship: How to Tell When It’s Time to Let Go might help.

Look at the list of what you want to achieve this year. Now look at how you’re spending your time.

I’m betting those lists are a lot less aligned than you’d like. 🙂

The lightbulb went off for me this year when I decided to track how I spent my time every day. I started a spreadsheet (surprise!) and recorded time spent on every daily activity, in 15 minute intervals. At the end of the year, I added everything up so I could see where my time was going. I was shocked by the results.

To give a professional example, between June and December, I spent 94 hours working on my novel. I spent 119 hours on promotional efforts for Fuzzy Forensics. I definitely need to spend some time on Fuzzy – when my publisher went out of business, I bought out the print run, and I’d really like to recoup some of that investment. But as Tech Support put it, would I rather chase old money, or spend time creating something that might result in new money?

On the personal side, I’ve been spending the largest portion of my leisure time watching movies and TV. Again, it could be argued that this is valuable, because I don’t just watch, I study characterization and plotting and pacing for things I can apply to my own work. But it’s also true that I watch TV because it’s undemanding (and thanks to Netflix, convenient). And worse, it’s in direct conflict with my goal to increase physical activity (especially important for those of us with sedentary jobs).

When I was writing Living With Obesity, I came across The Marshmallow Study. It’s a classic test of willpower. Children are offered a marshmallow and told they can eat it now, or wait for the researcher to leave the room and come back with a second marshmallow. If they wait, they get to eat both.

You can guess how it went most of the time, because it probably goes the same way with you. Most of us, myself included, have a hard time passing up the thing that’s in front of us now, for the thing we might get to have down the road.

What was really interesting about the Marshmallow Study was that kids who succeeded in waiting for the second marshmallow had greater academic and professional success later in life. They were also a lot less likely to develop drug and alcohol addictions than kids who went for the marshmallow in the hand.

So where does that leave us?

It leaves me with lists of goals posted all over my walls. Right next to, you guessed it, spreadsheets listing the behaviours required for my plan. I haven’t quite resorted to gold stars, but there’s something satisfying about ticking stuff off at the end of the day. And the things that don’t get ticked off remind me to try harder tomorrow.

I even bought a desktop timer for my office. If I want more time to write, I need to spend a lot less time futzing on the internet. 😀

Did you make New Year’s Resolutions? How do you need to refocus to reach your goals? What sources of friction have you identified, and how do you plan to deal with it? Share your tips for success in the comments!

By the way, if your resolution is to read more amazing science books this year (and really, why wouldn’t it be), I’m still offering substantial discounts on those copies of Fuzzy Forensics I mentioned. 25% off, no tax, no shipping, on orders of 10 copies or more. They make great gifts for the teachers and librarians in your life. Contact me for more info.