1. Dogs were the first domestic animal species. Unambiguous archaeological evidence for dogs is about 12,000 years old, but domestication may have started 20,000 years or more before that.

2. Ancient Egyptians had at least three dog breeds: a greyhound type, a mastiff type, and a small Spitz type.

3. The modern concept of breeds, and of deliberately breeding animals for specific traits, developed in Victorian England. Which means that most of the 400-ish dog breeds recognized today are less than 200 years old. 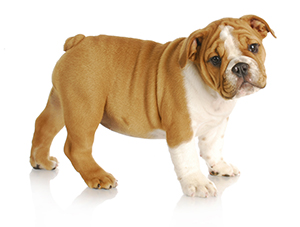 Check out those ears!
Courtesy of WilleeCole/Shutterstock

4. Scientists aren’t entirely sure whether house cats are actually domesticated. It’s possible they’re nothing but “delightful profiteers,” to borrow a phrase from Stephen O’Brien, leading expert on the evolution of the cat family.

5. Dingos are a breed of domestic dog. People took dingos with them to Australia several thousand years ago.

6. Floppy ears are found in almost every domestic species. The only wild species with floppy ears is the elephant.

7. Chimpanzees are humans’ closest relatives. Dogs are better at interpreting human gestures, such as pointing.

9. Domestication is a type of evolution. Natural, artificial, unconscious, and conscious forms of selection are all involved.

10. The group of Russian scientists that domesticated red foxes also attempted to domesticate otters. It did not go well. Neither did other people’s attempts to domesticate zebras, despite their close relationship to horses.

Did I miss your favorite dog or pet fact? Share it in the comments! Remember, the deadline to enter the Talk About FOX TALK Contest is August 20!