Turns out that there’s a difference between cats and dogs.

Dogs, much like the foxes featured in my book Fox Talk, are domesticated. They’ve undergone an evolutionary process that had such a large genetic impact on them, they’re a different species than their wild ancestors. Those changes are one of the reasons they’re so good at living around humans, and are even represented in their scientific name: Canis familiaris, or “wolf that chews your slippers and begs for table scraps.” Kidding (sort of). 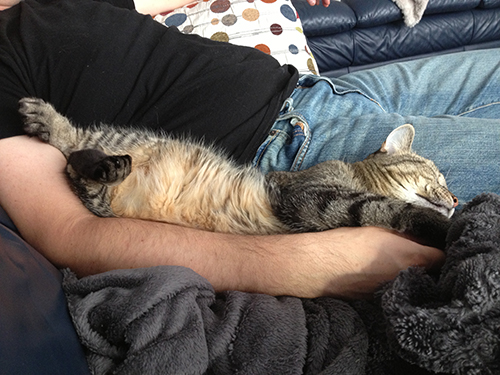 She’s cute and she knows it.

Cats, on the other hand, are having it over on us. They’ve spent the last 10,000 years in phase one of domestication, sometimes called “self-domestication,” because humans provide the living environment, but don’t take an active role in taming the animal. Cat breeding only began in the Victorian era, around the same time that the plethora of existing dog breeds were developed. The Victorians were big with the meddling.

As a result, today’s house cats are “semi-domesticated” at best, which will not be news to anyone that owns one. Stephen O’Brien, a geneticist who specializes in the cat family, even goes so far as to call them “delightful profiteers,” creatures we allow to take total advantage of us because they are just so darn cute.

In other feline news, a cougar followed a house cat home in Ucluelet, British Columbia. Yet more reasons to keep your pets, domesticated or not, safely indoors.

Are you a cat person or a dog person? What are some things your cat does that suggest she’s still a wildcat at heart?

Interested in pets and other domestic animals? Check out Fox Talk: How Some Very Special Animals Helped Scientists Understand Communication, available from Indiebound, Chapters, Amazon, and your favourite local bookshop. 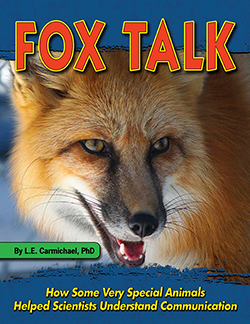 4 Comments on ‘Are House Cats Domesticated?’