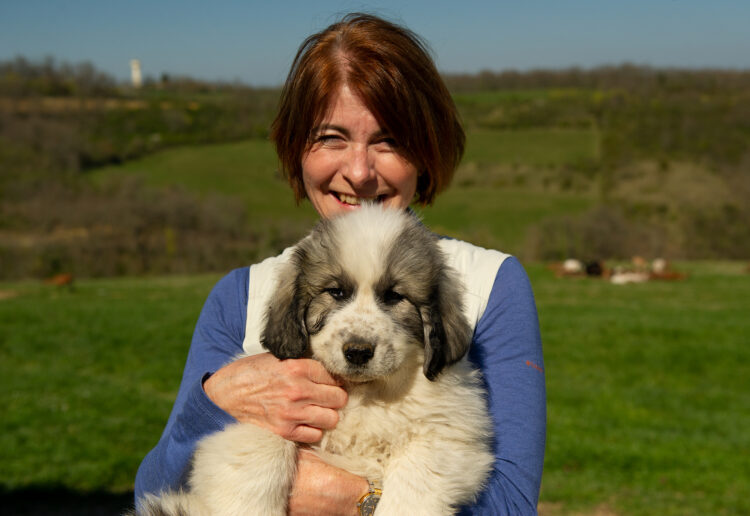 I have shared my life with cats for the last 30 years, and I could not imagine not having a feline companion at home. I adopted my first rescue cat in Harlem, when I was a student at Columbia University’s Journalism School, and since then cats have supported me on many of my writing journeys. They are an integral part of my daily de-stress routine.

My passion for cats began as an adult. When I was a child, I grew up with an Irish setter named Pipo, in a small town in the southwest of France. My father loved this breed, which reminded him of the time he spent with his uncle and his hunting dog in the Pyrenees Mountains. This was my very first introduction to working dogs, and little did I know that decades later, I would cross the path of another working dog that would change my life.

I met Alli, a beautiful and energetic nine-year old Australian cattle dog in a wetland area near Vancouver (where I live now) while I was making a documentary on the efforts to conserve the endangered Oregon Spotted Frog. In Canada, just 400 to 700 frogs are left, distributed in six isolated populations in British Columbia. Trying to discover new frog populations in pockets of wetlands through traditional surveys is a time- consuming and unreliable process, particularly as it is difficult for people to move through these habitats. Surveyors walk slowly in knee-deep mud during the short frog-breeding season and can easily miss the frogs.

That day, Alli had been called in to help wildlife biologists to detect the elusive frog. Dogs are nimble and fast, cover large areas in a short period of time, and their powerful noses can catch the scent of a species very quickly. I was amazed by Alli’s confidence and agility, and how quickly she found one of the frogs. I discovered that all over the world, dogs are increasingly being used for wildlife conservation. In addition to tracking elusive or rare endangered animals and plants in rugged terrain, they find invasive species, and they fight wildlife trafficking by sniffing out illegally obtained animal products such as shark fins and elephant ivory. They can even help reduce human-wildlife conflicts. These conservation canines are truly scientists’ best friends, helping them collect vital information they would not have access to otherwise. For example, the scat samples they can detect from many different species can tell researchers everything from the animal’s diet and stress levels to their reproductive health and exposure to toxins and population abundance. 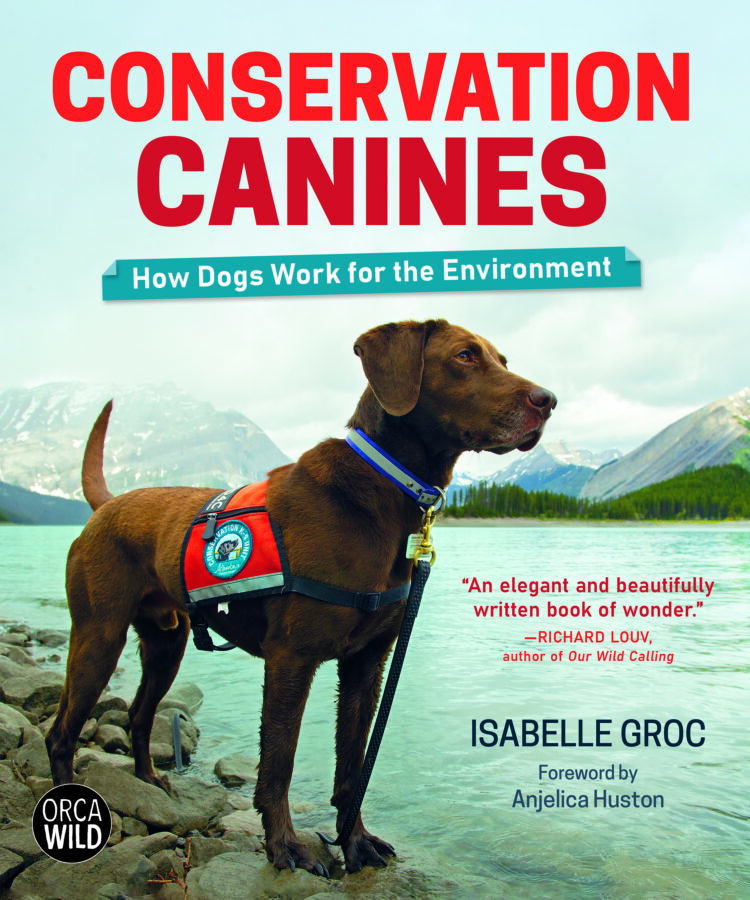 I fell in love with these conservation canines, and I spent several years travelling to meet these dogs and their human partners. The canines always showed a level of enthusiasm, energy and dedication in helping me tell their stories that I had rarely encountered before with any interview subjects! They were always patient, they happily let me photograph them, and they constantly encouraged me with wagging tails. I was very honoured to tell their stories in words and photos in my latest book Conservation Canines: How Dogs Work for the Environment published by Orca Books in September 2021.

So will I eventually get a dog in my life? Probably in the future but in the meantime, I often think of Alli. She is now retired and will be celebrating her 18th birthday in April.  I am also reflecting on the lessons that Alli and all conservation canines have taught me, with the hope that book readers will be as inspired as I am by these extraordinary dogs. I think about how we can look at dogs (and cats too!) in our lives differently, from their point of view. After all, dogs experience the world through their noses, and when we follow their lead, we can expand our own perceptions of the world around us, from a less human-centric perspective. If we pay attention, dogs can give us access to a new way of appreciating the details of the natural word.

Conservation canines also give us the important message that we can do our part to protect our planet’s biodiversity. Dogs make the world better and can inspire us to do so too!