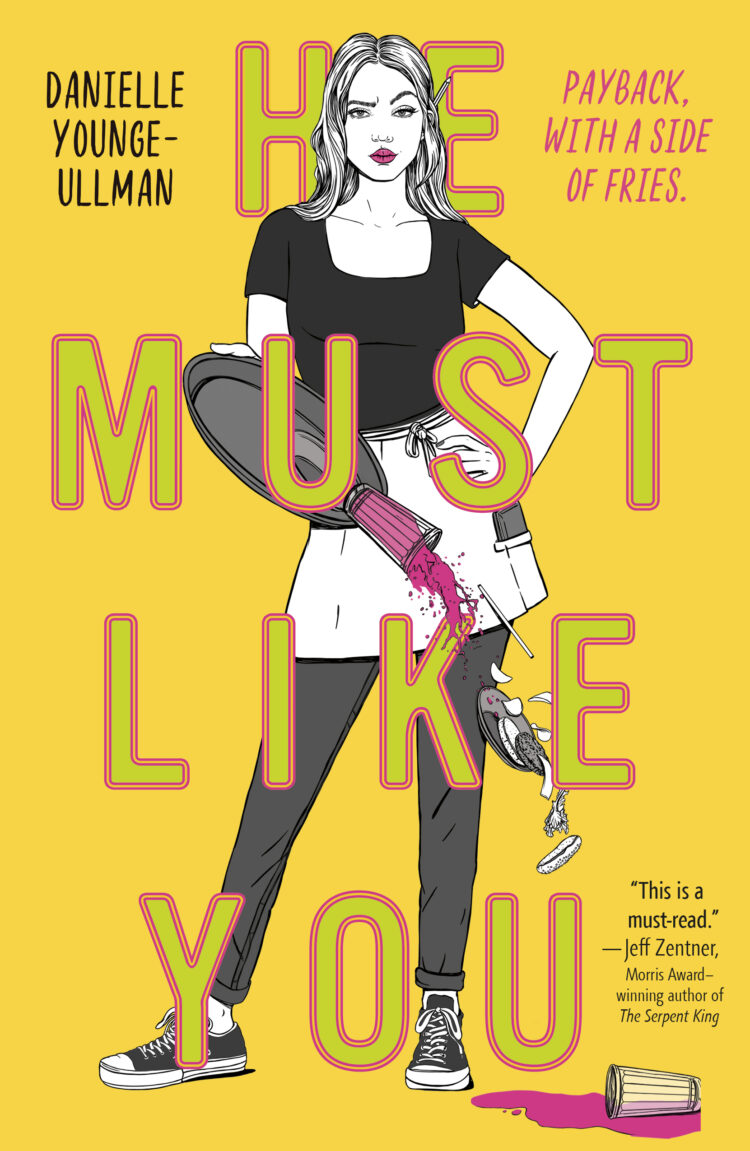 The idea for my teen novel, HE MUST LIKE YOU, which comes out on July 14, arrived in a kind of backwards manner. Let me explain: about a year before the #metoo movement took off, there was a high profile harassment story in the Canadian news. It involved harassment in the workplace, and harassment outside the workplace, by a media personality. Some of the alleged incidents were dramatic and horrible, while others were of the more everyday variety—though still very much not okay.

All of this got me thinking about my past, and caused me realize that years ago I had experienced workplace harassment. In fact, while working as a server at a restaurant, I had experienced many different types of harassment, often on the same day, and even at the same time. Most of this harassment, though, was considered normal at the time, but even things that everyone knew weren’t okay—verbal abuse of servers by customers, for example—were thought to be unavoidable, because the customers were in a position of power, and had to be kept happy.

Luckily nothing really terrible ever happened to me, but many small, unpleasant things did, and that can be difficult. It can be hard to know what to do in a situation like that, because each thing can seem like not a big deal, or not a big enough deal to confront or report. And if you do confront or report, there is a risk that people will not think the problem is serious.

Being forced to accept a bunch of “small” bad behaviours—rude comments, disrespect of your boundaries, and unwelcome physical contact on a regular basis is terrible in a way that’s hard to describe. (Some of these behaviours, you probably know, can be called “microaggressions.”) The affects are not small, but they sneak up on you quietly, and make you feel stressed, tired, frustrated, angry, resentful, or even physically ill, and/or seriously depressed, sometimes without you knowing why you’re feeling that way.

Looking back at my years as a server caused me to realize what a huge problem harassment is in the restaurant industry. And thinking about this soon set my brain to thinking further back, to situations in my teen years when it was sadly a pretty common occurrence for people to push past one another’s boundaries in ways that were confusing, upsetting, and hard to deal with or even talk about. I was realizing how many areas of life can be filled with ongoing situations that don’t seem quite bad enough to confront, but which cause serious damage over time.

I decided, then, that I wanted to write a book about a teenage girl dealing with a whole host of these kinds of problems, all at once. I wanted to really dig into the effects, and demonstrate how these things build up and affect people. And then I wanted to give this girl the chance to take the power into her own hands, and put a stop to the things that have been happening to her.

So…not only did the idea for the book come to me backwards in terms of remembering my own experiences, I also wrote the first draft that way, starting with one of the most dramatic events first, and going back in time with each chapter. I eventually ended up revising the timeline to a more classically chronological one because it worked better for the story, but it was an interesting way to write the first draft, and helped me figure out what the story was about. I encourage you to explore unusual ways to tell stories your stories too—you never know what might happen!

Filed to: Cantastic Authorpalooza
Tagged with: writing, #metoo, YA, Danielle Younge-Ullman, He Must Like You, microagressions, workplace harassment