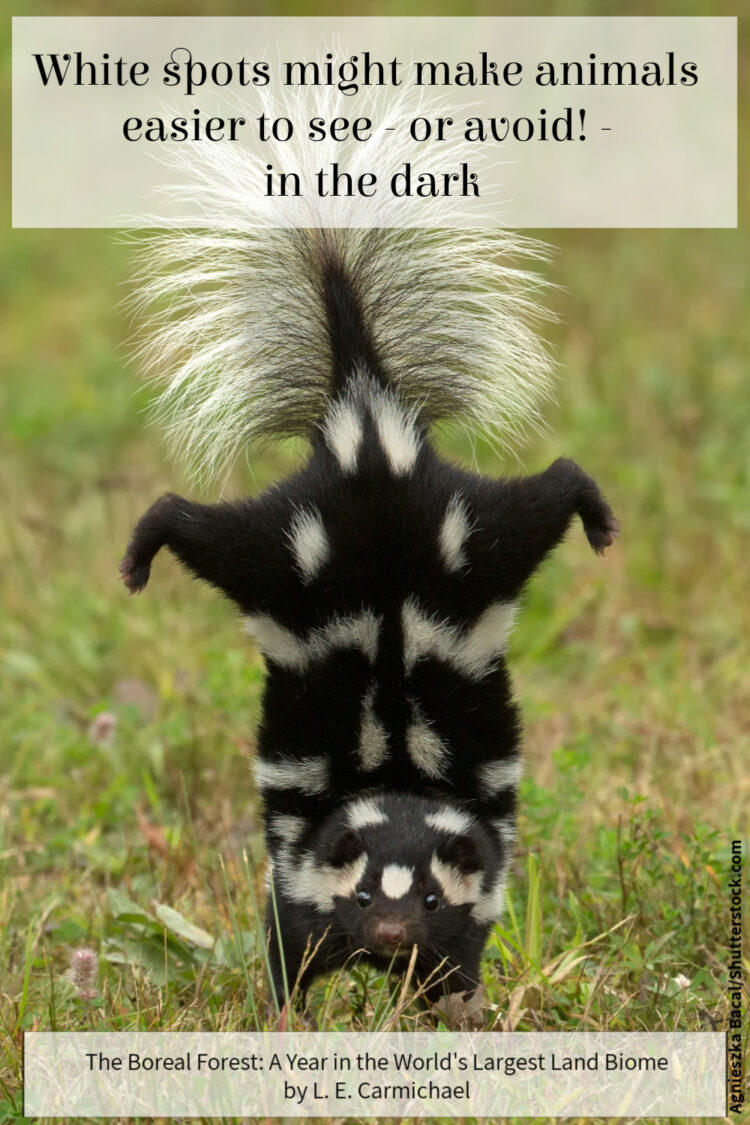 Thank you SO MUCH to everyone who tuned in to my #CanadaPerforms broadcast yesterday. I had such a great time celebrating The Boreal Forest with all of you! If you missed the livestream, no worries. You can watch the recording on the National Art Centre’s Facebook Page.

And bear in mind that just because we can’t leave our houses doesn’t mean I can’t visit your virtual classroom! Contact me or visit Authors’ Booking Service to find out which Canadian kid lit personalities do school visits via Skype and Zoom.

The boreal forest is generally considered a northern forest, because boreal species, like pines and birch and rhododendrons, thrive in cooler climates. But cool climates are also found at high altitudes, so boreal forests extend into mountain ranges along the southern edge of the forest’s main distribution. One of these extensions is found in the Appalachian mountain ranges of the eastern United States. This part of the forest is thought to be a relic that’s held on since before the end of the last ice age, when cool climates were common much farther south than they are today. In part because the area was a glacial refugium (a place without ice cover where animals could survive surrounded by glaciers), it also contains animals that aren’t found in the main portion of the boreal forest. Which brings me to this passage, from the first draft of The Boreal Forest:

Rain drops drip from leaf to litter. Others flow from twig to branch, from branch to trunk. Streams trickle down the valleys in the bark.  Beneath snaking roots, a northern slimy salamander stalks a spider. He rustles the sodden litter. A spotted skunk perks and pounces. She lifts her head, salamander dangling. The white patch on her forehead gleams. Splashing over rocks and through puddles, she scampers to her den. Her kits tumble and tussle, fighting for the prize.

Cutting the hoary bat was hard. First, because bats are awesome, viruses notwithstanding. Second, because hoary bats are named for the frosted look of their fur, making them a perfect fit for a book that’s built around the water cycle.

Cutting the spotted skunk just about killed me. Skunks are SO CUTE. Especially the spotted ones. I mean, just look at this cuddly little critter:

There is also some very cool emerging science around skunks and other mammal species with dramatic markings. From the also-cut sidebar, called “Seeing in the Dark”:

In a green-and-brown forest, black-and-white fur stands out. That could be the whole point. Mammals with striped or spotted fur are often nocturnal, meaning active at night. Full moonlight is 1 million times dimmer than sunlight. In low light, white patches are easy to see. White spots may help animals recognize family members in the dark. Since small black-and-white animals can be fierce—or smelly!—their markings might also tell predators to keep away.

I mean, how cool is that?

Have you been to the Appalachian mountains? Where do you weigh in on bats and skunks – love them or hate them? Have you ever wished that you could see in the dark? Share your stories in the comments. And don’t forget to enter the giveaway!