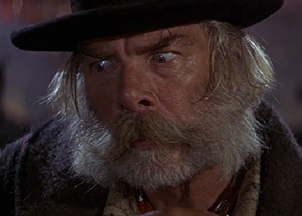 Lee Marvin in Paint Your Wagon

Musicals are one of my favourite forms of fantasy. After all, stopping in the middle of a gang fight for a spontaneous, perfectly synchronized dance number would be crazy in real life, but in West Side Story, it makes total sense.

The real world could use more spontaneous dance numbers, if you ask me.

Musicals were some of my mom’s favourite movies, too. This week was both the 7th anniversary of her death, and what would have been her 63rd birthday. It’s always a difficult week for me, but this year was worse. Tech Support and I both received some disheartening news… and phone calls to family revealed some additional personal and professional setbacks.

There’s only one way to shake myself out of the resulting funk. A Momalicious Musical Marathon. I’m starting with movies she loved the most – The Unsinkable Molly Brown, Seven Brides for Seven Brothers, Paint Your Wagon, Pete’s Dragon – and will branch out from there.

By Monday, I’ll be back in fighting shape.

How was your week? What do you do when you need cheering up?

Filed to: Life, the Universe, and Everything
Tagged with: Pete's Dragon, musicals, Paint Your Wagon, Seven Brides for Seven Brothers, The Unsinkable Molly Brown, West Side Story