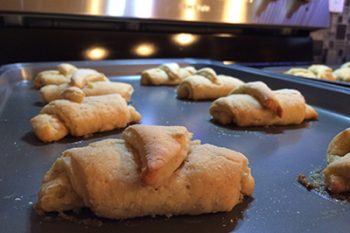 As readers will know, I had to give up refined sugar this year. After the initial cupboard-purge, it’s been easier than I thought it would be. But now it’s Christmas. And part of the fun of Christmas is food – ... Read More 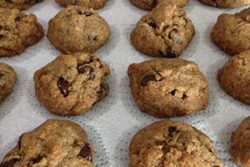 No, really. Shockingly good. Which was a surprise, considering that literally the only ingredients I did NOT substitute were the salt and baking soda. Try them. You’ll never believe they’re allergen-free. Ingredients 1 1/3 cups Spectrum 100% palm oil ... Read More

I’m not actually vegan, but I’m allergic to dairy and eggs as well as gluten, which makes baking a significant challenge. This pumpkin orange cake turned out so well, though, I had to share. Sadly, I have no photograph – ... Read More