I was supposed to be prepping for the Nova Scotia leg of my book tour this week, but, well, that’s not happening. And that’s OK, because quite frankly, the idea of traveling right now is just a little too scary. Possibly because Tech Support (who has an essential medical job that requires him to travel) recently returned from Nova Scotia and between the apocalyptic emptiness of the airport and the fact that it was basically him and a box of lobsters on the entire airplane, I think I’m good right here. I hope you are, too.

Let’s dive right on in to the final deleted scene in my Forest Fridays series! Next week, we’ll start looking at conservation in the biome.

This is the original draft of the final scene in The Boreal Forest:

Snow falls from a flat grey sky. It hisses in the steam that rises from a hotspring. A snowshoe hare laps at the warm water. She nibbles on a willow, balancing on big back feet.

Snow crunches beneath a lynx’s stalking paws. The hare’s ears twitch and the cat stills. The hare relaxes. The lynx leaps. Hare in his jaws, he climbs a tree to eat . The spruce shivers and—whoomp!—snow falls. 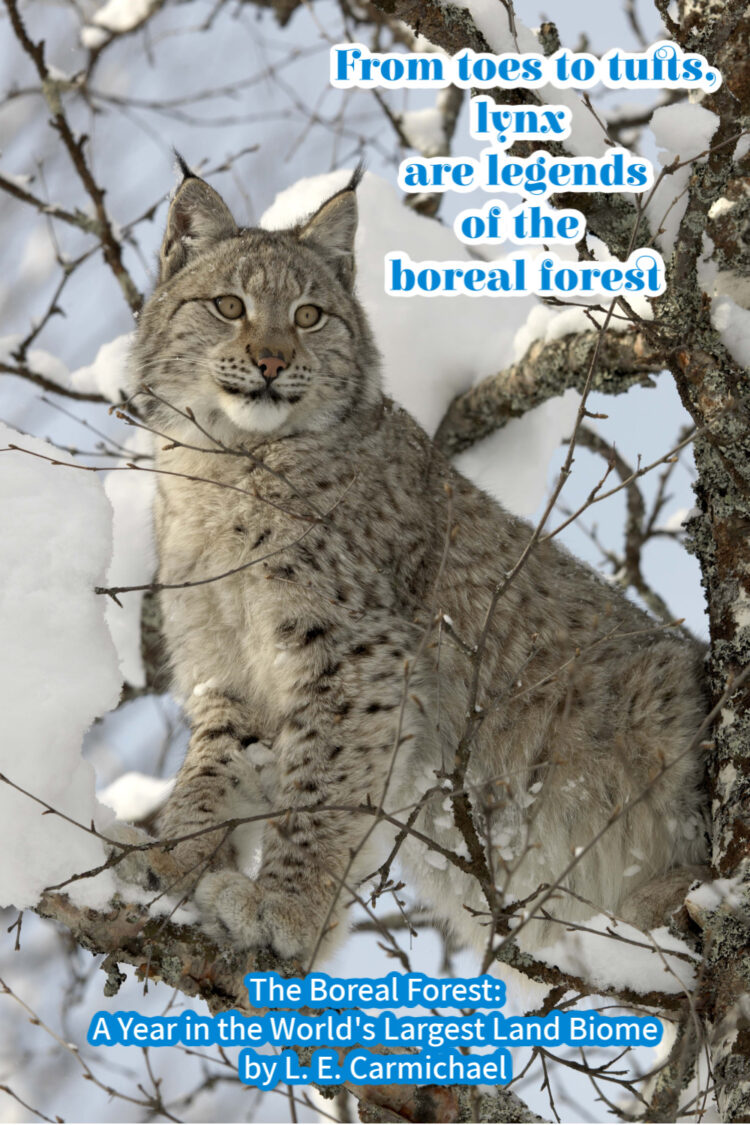 Katie Scott, my very brilliant editor, pointed out (gently) that it might not be the best idea in the world to end the book with bunny blood. It is, after all, a touch grim. Perhaps instead of death, she suggested, we could refocus on the idea of rebirth and renewal.

While it pained me to cut the only cat in the book, (Sorry, Sasquatch!) I had to admit she had a point. Instead of murder, we decided on mating. Or rather, a competition for mates – this is a kid’s book, after all! I chose porcupines because:

Bonus fact – did you know that the most common cause of death for porcupines is actually falling out of trees? It’s true. For animals that spend so much time shinnying up trunks and waddling along branches, they are actually really, really bad at it. A lot of these falls happen during mating season, when males fight each other while 30 feet up.

Second bonus fact – the fisher is the only wild animal that preys on porcupines. I will spare you the details of their hunting strategy, because fishers are MEAN, and it’s kind of gross. Google if you really need to know!

Totally bonus bonus: watch this totally bonkers video of a lynx chasing a squirrel through the treetops near Drayton Valley, Alberta.

How do you feel about endings? And porcupines? And big-footed cats? Click Comment and tell me all about it! And if you haven’t already, make sure to enter the giveaway and to contact me if you need a signed bookplate for your copy of The Boreal