When we decided to move to Ontario, our primary concerns were:

When we researched the town we now live in, we thought we’d lucked out. Everyone we talked to told us how nice the climate is in this part of Ontario – mild winters, very little snow. 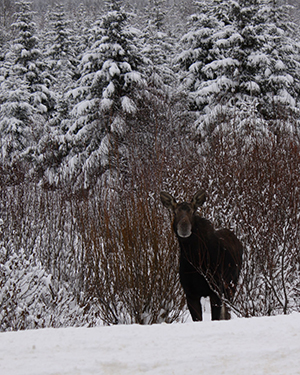 Not everyone minds the weather…

After weeks of temperatures below -20C and driveway-adjacent snow piles that have already topped 4 feet, Tech Support feels he’s been had.

It doesn’t help that we are still in that phase of moving in where the garage is full of stuff we haven’t figured out what to do with yet, meaning he’s been shovelling AROUND the vehicles on the driveway instead of pushing the snowblower over a nice, easy rectangle and going about his business. Or that we came from a place where rain routinely melted all the snow before you actually had to do anything about it.

Now people are telling us that this winter has been “very unusual.” I don’t think Tech Support believes them.

How’s the weather been where you live?

Filed to: Life, the Universe, and Everything
Tagged with: snowmageddon, Ontario, Tech Support

2 Comments on ‘Why Tech Support is Cranky’