I have a theory* that there are three kinds of ignorance.

The first kind is what I’d call neutral ignorance. The gentle, perfectly understandable kind that arises due to a simple lack of knowledge:

There is no shame in not knowing something, and there’s no shame in not having access to the education or experience that would provide that knowledge. This kind of ignorance is much closer to innocence, and doesn’t bother me a bit.

This is the kind that persists in spite of access to knowledge. If you’ve turned on the news or accessed the internet in the last twenty years, you’ll have ample experience with it. It afflicts people of all ages and political inclinations, and causes people to say, in the face of overwhelming factual evidence that conflicts with irrational, deeply-held beliefs, “We’ll just have to agree to disagree.” 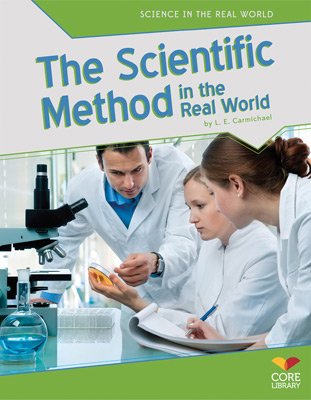 Scientists** on the other hand practice the third kind of ignorance – constructive ignorance. In fact, all science begins from a position of ignorance:

“Why do wolves howl?”

“How do bumblebees fly?”

“What is matter actually made of?”

“Is there life on other planets?”

This is where science starts – with the recognition that we don’t know something. Most of us would stop there, but not scientists. Scientists put on their trusty lab coats and go find out.

After all, that’s what the scientific method is for – to give us the tools to banish ignorance, to produce knowledge about ourselves and our world that we never had before. Scientific ignorance is constructive ignorance – it creates, rather than destroys. It discovers solutions and solves mysteries and shines light into the darkest depths of the unknown.

What do you think?

*Not a scientific theory, which is supported by so much evidence that the actual word for it is fact. What I have is more properly termed a notion.

**And all the other people who go in search of answers to their questions.

Filed to: Life, the Universe, and Everything
Tagged with: Scientific Method in the Real World, constructive ignorance, ignorance, scientific method, what is science, L. E. Carmichael, Lindsey Carmichael

1 Comment on ‘Science is the Celebration of Constructive Ignorance’