Monarchs on the Move – How Do Butterflies Navigate?

This is the second writing sample that landed me my very first book contract. It’s written for young readers and based on some cool Canadian experiments that helped figure out how monarch butterflies navigate during migration. 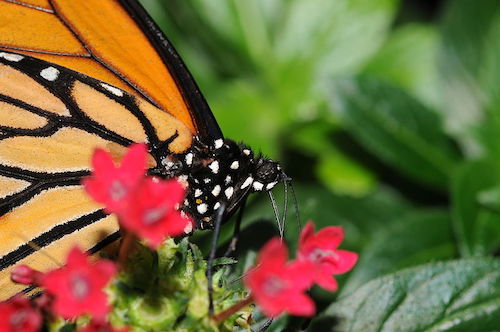 Monarchs on the Move

Every autumn, monarch butterflies make an amazing journey.  They fly from their summer homes in the northeastern United States all the way to Mexico.  The trip takes two whole months, and it is dangerous.  But if they make it, monarchs have a nice warm place to spend the winter.

Scientists understood why monarchs migrate, but could not figure out how the butterflies knew which way to go.  One idea, or hypothesis, was that monarchs sensed the earth’s magnetic field.  If true, every monarch would be like a miniature compass.  The butterfly would know where north was, and could therefore navigate southwest to Mexico.

Other scientists disagreed.  They thought monarchs chose a direction, or heading, based on the position of the sun.

How could scientists find out which hypothesis was right?  At first, people tried to chase butterflies that were really migrating. That was hard to do.  Scientists also worried that monarchs would fly differently if they were frightened of people.

There was another problem.  Wild butterflies feel sunlight and the earth’s magnetism at the same time.  Scientists couldn’t tell which factor was more important.

Barrie Frost and his coworkers came up with a plan.  They captured monarchs that were ready to migrate.  Then they made tiny leashes out of wire, and glued them to the butterflies using beeswax.  They put the monarchs into a flight simulator, a virtual reality video game for butterflies.  The monarchs could fly in any direction they wanted to go.  However, they could not fly away.  In the simulator, scientists could test light and magnetism separately. They could see whether monarchs changed direction.

It worked!  Frost’s team found that magnetic energy did not affect which way the butterflies flew. Heading was totally controlled by sunlight.  When it was cloudy, butterflies flew randomly. When they could see the sun, monarchs flew southwest, straight towards Mexico.

Butterflies kept going southwest, even when time passed and the sun changed its position in the sky.  Scientists concluded that monarchs navigate using a “time-compensated sun compass.” That’s a fancy way of saying that butterflies can tell time!

This October, go outside on a warm day.  Lift up your face and feel the heat of the sun.  See if you can spot a monarch on its way to Mexico, doing the very same thing! 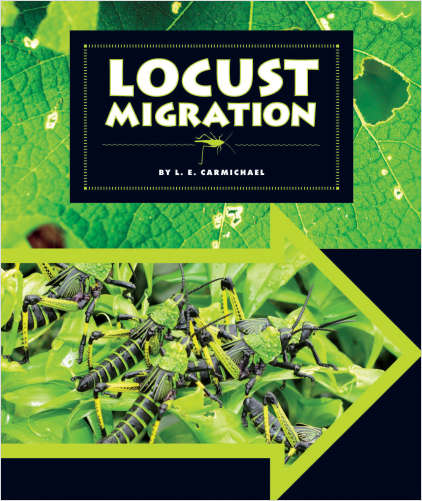 Want more about monarchs? Visit this site to see a picture of a butterfly on a leash. Visit this one for tons of kid friendly butterfly info.

For more about insect migration, check out Locust Migration, for ages 6-9.