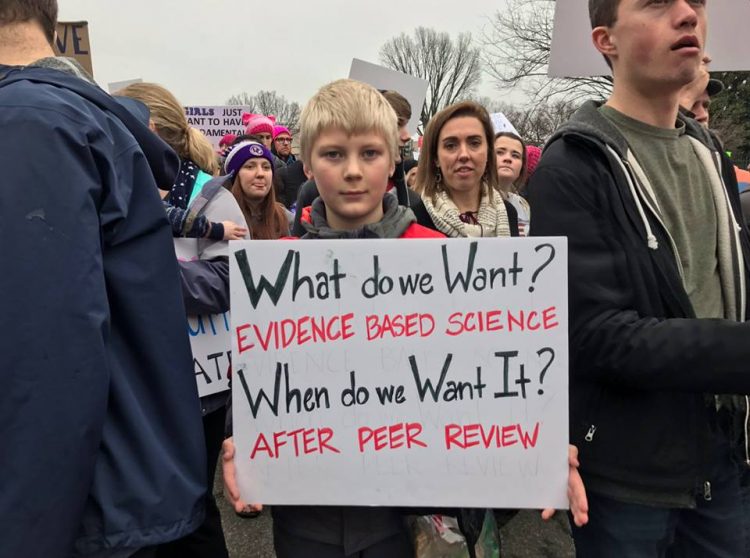 I don’t talk much about politics on the internet, because it often results in a non-stop ticket to Crazytown. But Canada is having a federal election this fall, and we need to talk about the politics of science.

There are basically three places a scientist can work in Canada:

Government scientists, like other government employees, are paid from our tax dollars. Their research is funded from our taxes, too. But despite the fact that the Canadian public supports this research, the people who do it are forbidden to talk about it in public.

Look, I used to be a scientist, and I know for a fact that science doesn’t work without communication. Advances are the direct result of an open exchange of ideas. Science is inspired through discussion and debate. As I routinely tell university science students, why bother discovering cold fusion if you can’t tell anyone how you did it?

Knowledge is power. Scientific knowledge especially – it helps us understand ourselves and our world and how those things interact, and it helps identify and solve problems we otherwise would never have known we had. But only if we can TALK about it.

Here’s how bad things have gotten in Canada. Because of my former life, I know several government scientists personally. So when I’m writing a book on topic they know about, I send them an email.

And then, because they believe what they do is important and don’t want to lose the jobs that allow them to do it, they follow protocol and send the email to the PR department.

Anyone who’s ever done an interview will tell you, you get the best stuff from responses to questions you never thought to ask. In a casual conversation, people mention things off hand that start you chasing rainbows you didn’t know were there, and there is gold at the end of the path. The kind of gold that child readers (not to mention the book’s author) are better for having discovered.

The censorship doesn’t just apply to what today’s scientists have to say. Did you know that the federal government has ordered the pillaging and closure of sixteen research libraries in Canada? Books and documents were recycled, pulped, and in some cases literally burned – hundreds of years of inquiry and answers lost to us forever.

I’m not going to tell you who to vote for this fall. But I’m begging you to vote. If you don’t make your voice heard, you can’t complain that no one’s listening.

And if you’re as outraged and disheartened by the state of science communication in Canada as I am, check out Unmuzzle Canada: Send Duct Tape to Fix Ottawa. Sign the petition, send a photograph, and spread the word.

Conversation and debate are welcomed on this blog, so please share your thoughts in the comments. But please keep it civil – if you head towards the Crazytown exit, I will delete without mercy.

Filed to: Life, the Universe, and Everything
Tagged with: censorship, Canadian science policy, election 2015, Unmuzzle Canada