Things I Love About Joss Whedon: Agents of SHIELD Edition 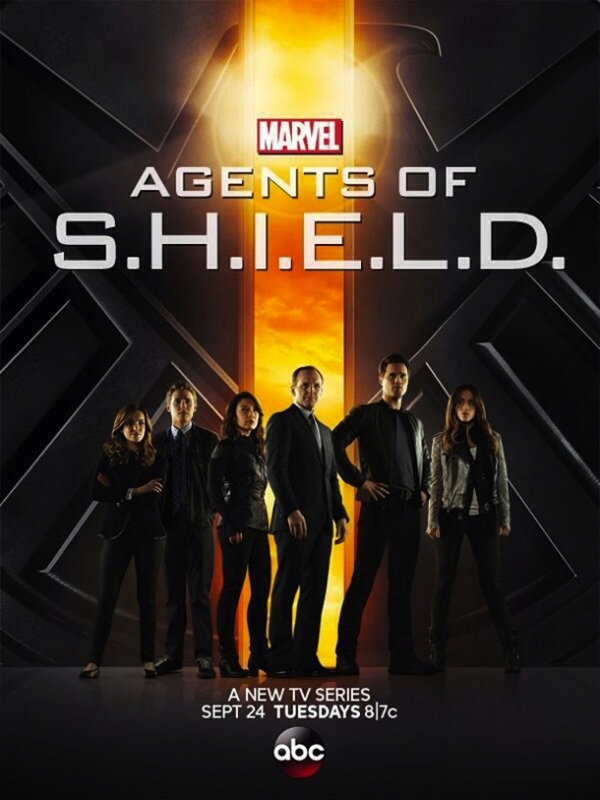 I love Joss Whedon’s work. I’m one of those people who’s still outraged over the cancelation of Firefly, and laughs hysterically whenever there’s a Malcom Reynolds joke on Castle. I can never be Team Edward, because I will always be Team Spike.

Comic book geekery is one of the few types I’m not actually part of, so I’m a bit behind on the whole SHIELD universe. But I will watch anything Whedon has a hand in, and here is why:

1) He uses fantasy as a way to explore big questions. What’s the nature of identity? If laws are exploitative, is breaking them the right thing to do? If some people have powers others don’t, does that make them better? There’s a lot of potential to explore this last one in SHIELD – I thought it was really interesting that J. August Richards raises this question during the pilot’s climax, and that the shot includes the mural on the wall above him. I’m not sure if this allusion to racial history in North America was deliberate, but it wouldn’t surprise me one bit.

2) His recasting choices are always so much fun. I love seeing Whedon actors (like J. August Richards) come back in new roles, in flagrant defiance of typecasting. Wash as Alpha? Captain Reynolds as that intensely creepy preacher in Buffy? This is sheer brilliance, people. Plus it makes me feel like I’m in on the joke, and who doesn’t love that?

3) He lets girls kick ass. And not just physically, but intellectually, too. That moment when Simmons gets all excited because the sample from the secret lab is dripping goo? ROCK ON, girl scientist! I would be doing the exact same thing.

4) His dialogue causes me to fall off the couch laughing:

Ward: I don’t think Thor is technically a god.

Hill: You haven’t been near his arms.

5) He doesn’t talk down to his audience. We get plunked into a new world and we’re expected to keep up. And we can, because the writing is just that good. Admittedly, I personally had to watch the pilot twice, but in my defence, the first time was at the end of an 18-hour day and most of my brain cells had already checked out.

What about you? Are you a comic book geek? A Whedon-fanatic? Excited about Agents of SHIELD, or giving it a pass? Let me know in the comments – I love hearing from you!

10 Comments on ‘Things I Love About Joss Whedon: Agents of SHIELD Edition’