Frieda Wishinsky: How to Become an Accidental Activist 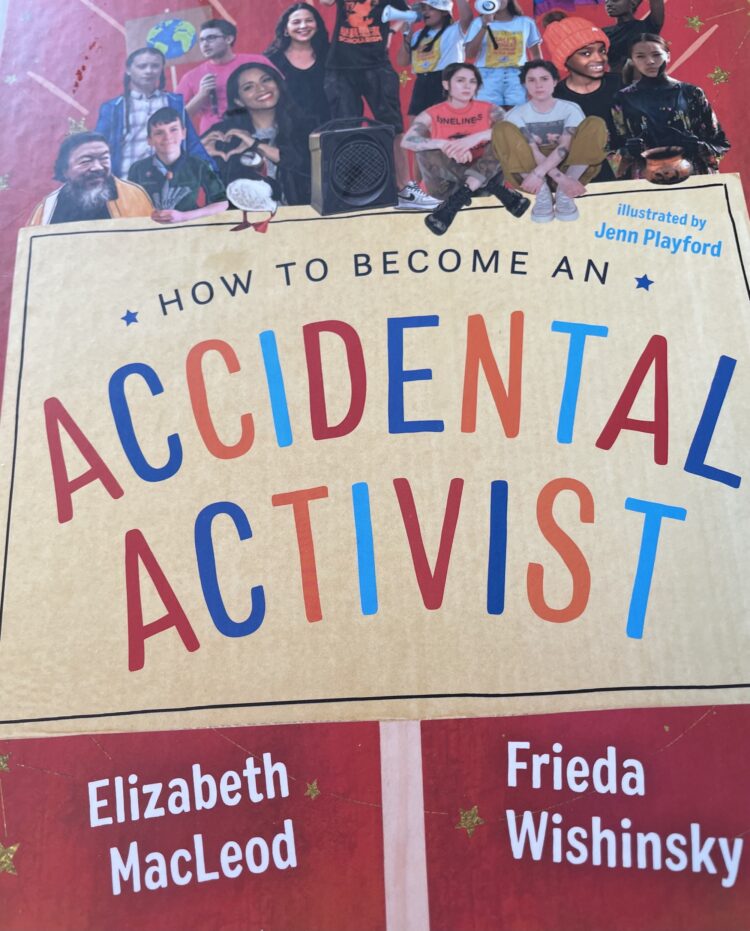 How to Become an Accidental Activist (Orca Books) is the sixth book I’ve written with Elizabeth MacLeod. It’s geared for kids and adults age 8 and up and focuses on a diverse group of women and men of all ages and backgrounds who’ve made a difference in the world.

Their perseverance inspired me. Nothing stopped them from advocating for human rights, keeping our planet green, preserving natural places and more.

But how do two people write a book together and why?

Liz and I don’t actually write together. We brainstorm ideas over lunch or cookies and tea and then divide the work on our proposal. When our proposal is accepted, we each write our own chapters and never edit each other’s work. We leave that to our editor. Magically our non-fiction voices are close enough that we sometimes forget who wrote what.

As for the why write with a partner— it’s fun to come up with a subject together, toss out ideas and still maintain our own “voice” and subjects. We usually choose a big topic, and it makes the task easier when it’s divided into two.

In How to Become an Accidental Activist I chose people like Joshua Wong, who valiantly fought to keep Hong Kong free of Chinese oppression. Unfortunately, the efforts of so many brave Hong Kong residents like Wong failed (for now) because of China’s immense military power.

I also profiled Maziar Bahari from Iran who continues to speak up against tyrannical regimes. When Maziar attended Montreal’s Concordia University one of his professors told the class about the discrimination Jews faced in the Holocaust.   The story touched Maziar so much that soon after graduating, he made a film about the Voyage of the St. Louis, a ship filled with Jews escaping the horror of Hitler’s regime. The ship was turned back by Cuba, the US and Canada. Most of the people who were turned back, died in the Holocaust. As the child of a family who lost most of my family in the Holocaust Maziar’s courage to speak out and write about oppression inspired me.

Maziar called his memoir They Came for Me after the powerful words of Martin Niemoller, an outspoken critic of Hitler. Niemoller’s words ring true today. If we don’t speak out against tyranny and evil, it will escalate. As he says at the end of his free verse poem: “Then they came for—and there was no one left to speak for me.”

I also wrote about Liz Christy who started the first urban garden in New York City, where I grew up. I love green space. As a kid city parks were my refuge and playground. Christy not only understood how important greenspace is for everyone, she created greenspace when she gathered her friends, and together they turned an abandoned lot into an urban oasis for the neighborhood. Her urban garden idea has spread around the world.

Writing gives me the opportunity to write about people, places, and themes that I’m passionate about. I’m grateful when my words and ideas become a book and are shared with readers of all ages and often around the world.

1 Comment on ‘Frieda Wishinsky: How to Become an Accidental Activist’