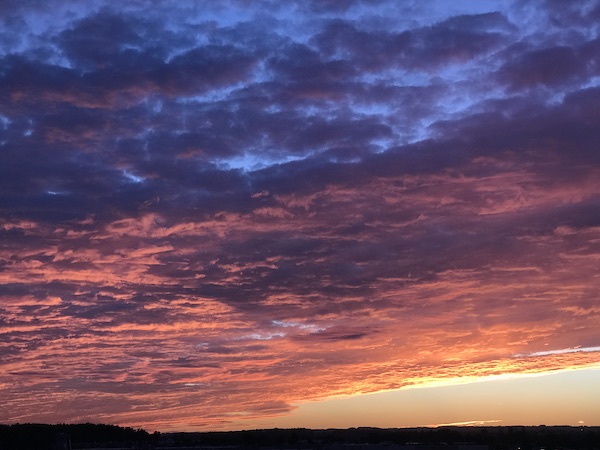 It’s mid-December, and you know what that means: New Year’s Resolutions are just around the corner.

I’ll be honest. I’ve never found classic resolutions particularly helpful. In fact, they’re more likely to produce feelings of guilt and inadequacy than happiness and accomplishment. If you’re with me on this, you might want to try something else instead:

I’ll explain, but first, credit where it’s due: I did not invent the concept of the Top Three Things. I first heard about it several years ago, from from one of my Sisters of the Traveling Chocolate (where she got it, I have no idea).

So What Are the Three Things?

These are the things that give you joy, that light you up, that make you who you are… things so fundamental to your personality that you can’t be truly happy without them in your life.

Note that the three things are not about you-in-relation-to-other-people. “Being a good mom” is a worthy goal and might be really important to you. But your Three Things are the things you would want for yourself, even if you weren’t a mom.

As my friend explained that long ago day on the phone, her Top Three Things are:

As long as her life includes these things on a regular basis, she’s happy. What things made me happy, she wanted to know?

I’d never really thought about my life this way before, but off the top of my head, I said:

Funnily enough, our lists both reveal why we are friends and why, when we were younger, she wanted to go for bike rides and I wanted to watch movies…

But here’s something I learned just recently:

About a year after we moved from Nova Scotia to Ontario, I realized two things:

Since I’ve wanted to be a full-time writer since I was about 1o years old, that second one was unexpected, to say the least. So I did some thinking and journalling and I realized that what I was missing was teaching and mentoring – two things I’d done a lot of while working at SMU in Halifax. And then I realized that my Top Three Things weren’t what I’d thought they were. My REAL Top Three Things, the things I need to do in order to be my most authentic self, are, quite simply:

And that was the revelation that not only allowed me to identify what was missing in my life, but to figure out how to get it. I’ve been a lot happier ever since.

This New Year’s, I challenge you to skip the resolutions. Identify your Top Three Things and figure out how to bring them into your life. It might just be the path to true and lasting happiness.

Happy Holidays, everyone. See you on the other side.

2 Comments on ‘What Three Things Make You Truly Happy?’