Women at War: The Female Heroes of World War I 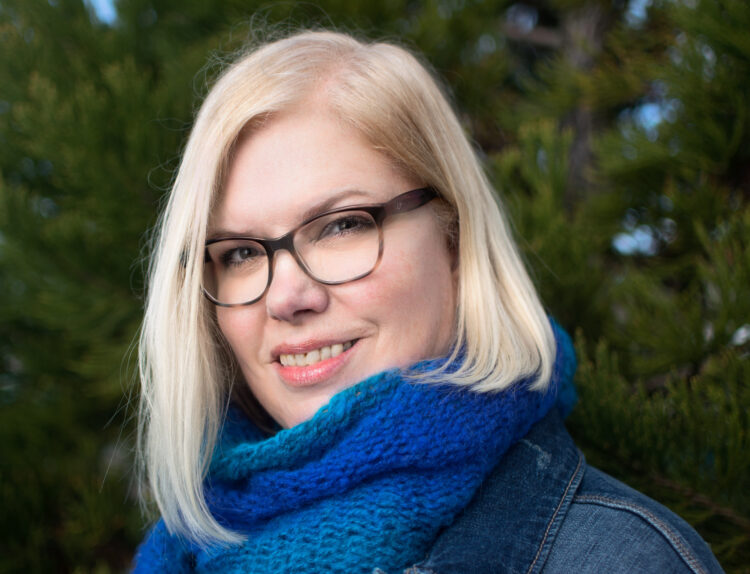 It’s almost Remembrance Day in Canada, so it’s high time for a special edition of Cantastic Authorpalooza. Today, I’m welcoming my not-so-evil stepmother, Jaqueline Carmichael, who is celebrating the release of her newest book, Heard Amid the Guns: True Stories from the Western Front, 1914-1918. Heard Amid the Guns compiles lesser-known stories of World War I, including those of the women scientists, medics, and soldiers featured in this post.

Rapid advances in transportation around the turn of the 20th century led to innovations at war. It was the horseless carriage—the automobile—that made it possible to mobilize everything from tanks to dove-cotes on wheels.

A “petit Curie,” ready to roll into battle

In her book, Women Heroes of World War I, author Kathryn J. Atwood looks at “16 remarkable resisters, spies, and medics.” Among them, a young Marie Curie. The two-time Nobel Prize recipient for groundbreaking work in chemistry and physics, Curie was the mother of more than a million X-ray diagnoses. She brought technology someone else invented to battle zones on wheels in the form of mobile X-ray units called “petit Curies” to search for shrapnel and bullets inside the wounded.

“She pressed through the many bureaucratic obstacles placed in her way,” Atwood writes.

Elizabeth Foxwell, author of In Their Own Words: American Women in World War I, blogs on individual women and their roles in the war at elizabethfoxwell.com.

“It’s heartening to learn of these women’s achievements in WWI despite obstacles, yet troubling to learn about stories of discrimination,” she said, citing the example of female physicians who were rejected from the Army Medical Corps because they were female, and told they could be accepted only if they went as nurses. “They found support through the National American Woman Suffrage Association, organized and sent all-female medical units to Europe, performed heroic service, and were decorated,” Foxwell says. 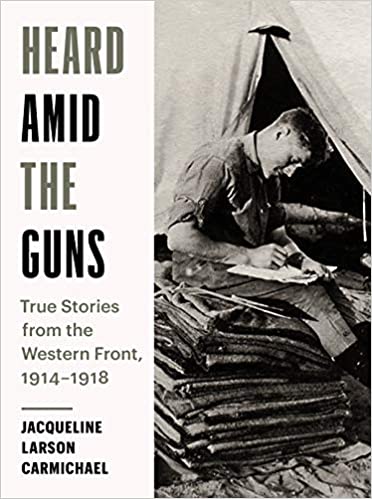 She has heard from people proud of their relatives’ service in the war, and others who are simply interested in learning more about women’s involvement in the war effort.

“Some stories I’ve uncovered have been poignant, such as that of Jennie Cuthbert Brouillard, who obviously had experienced Post Traumatic Stress Disorder and stated in an oral history, ‘After I come [sic] home, I couldn’t nurse anymore . . . I was just all worked up inside,’” Foxwell says.

Women achievers in science in the services during the Great War stand out not only for their accomplishments, but also for their rarity. STEM careers were often reserved for men, while women were most likely to find a role in nursing, a profession they could more safely pursue within Western society’s traditional roles of the day.

Foxwell cited groundbreaking nurse Marie X. Long of York, Pennsylvania as the first female lab assistant at Camp Greene’s base hospital in North Carolina. Long had trained three years in lab analysis and worked at the US Army Hospital in Lakewood, New York. She went on to publish scientific articles in The American Journal of Nursing.

A modest biographical note in her papers at her alma mater Hanover College tells us Indiana-born Rachel Emilie Hoffstadt developed an oral vaccine for typhoid while serving as head bacteriologist in the hospital lab at Camp Sevier, South Carolina. Hoffstadt was also an instructor of chemistry and bacteriology at the Army Nurses School. She was the groundbreaking first female grad of Hanover College to earn a doctorate—and she earned two, one from the University of Chicago and one from Johns Hopkins University.

Women played many other roles in the war as well. Groundbreakers included Milunka Savic, the original Hunger Games-style heroine, who dressed as her brother to take his place in the Serb Army. When she was found out, she asked her superior officer if she could stay and fight, insisting she’d stand in front of him until he said she could. Savic went on to become the most decorated female soldier ever, and during the Second World War she stood up to occupying Nazis, even when it meant spending time in jail.

Heard Amid the Guns is available now.

For another perspective on women and war, check out this post celebrating L. M. Montgomery’s classic novel of the homefront, Rilla of Ingleside.

Filed to: Cantastic Authorpalooza
Tagged with: Heard Amid the Guns, women in war, Jacqueline Carmichael, Remembrance Day, World War I

1 Comment on ‘Women at War: The Female Heroes of World War I’