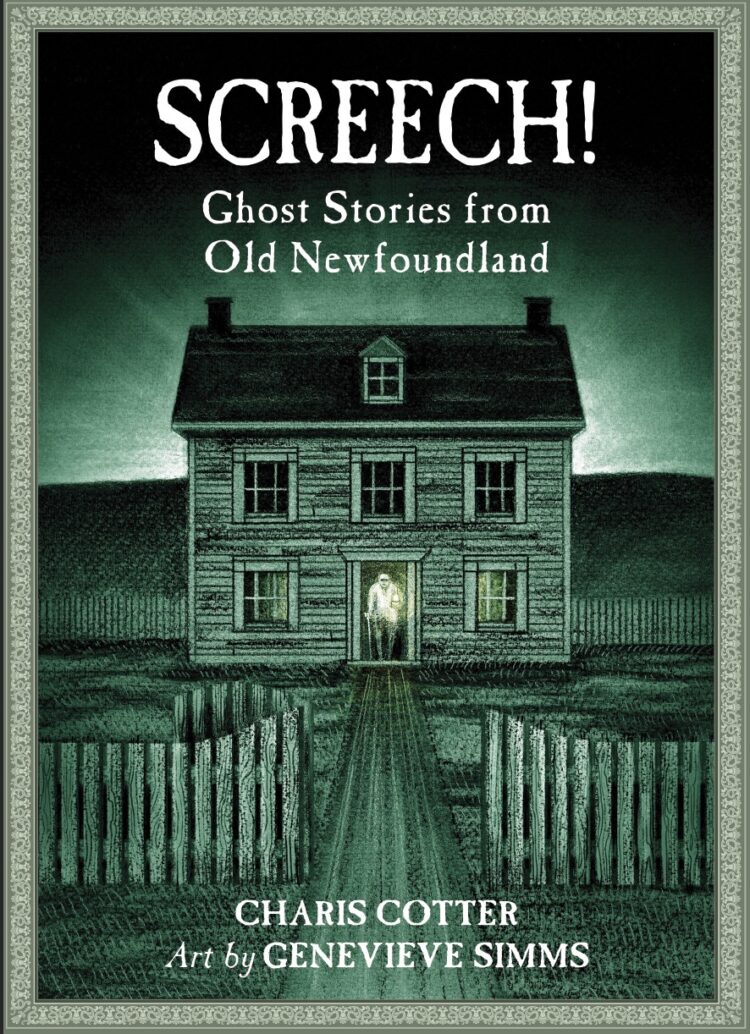 UPDATED: Charis is hosting TWO virtual events to celebrate the release of Screech. Both are free, but pre-registration is required: click through for details.

Ghost. That one word has a strange power. All I have to do is announce that I’m going to tell a ghost story and children sharpen to attention. Grownups too. It seems that we are all touched by ghosts, whether or not we believe in them.

I’m often asked why I write about ghosts. It’s not an easy answer. I am intrigued by the unseen, the uncanny, the unsettling possibility that there is more to life (and death) than meets the eye.

Ghosts are a gateway for me. A gateway into the imagination. I use Newfoundland ghost stories in my books and in my storytelling to convey something of the culture and history of this unique island, but I also use ghosts in my novels to lure readers into a world that is just like the one they live in, but where ghosts are real. I like to suggest that reality is deeper than we are led to believe, and that imagination can take you into mysterious and profound places. Ghosts let me do this.

Newfoundland ghost stories have a particular draw for me. The landscape is perfect for ghosts: vast lonely barrens stretching on and on, a rugged and dangerous Atlantic coastline that has seen multiple shipwrecks, violent storms and disorienting fog. Many families have lived in the same community for two hundred years or more, passing down their ghost stories from one generation to the next. Where the only entertainment is what you create yourself, storytelling has been polished to a fine art in many a Newfoundland kitchen.

However, when I first went looking for Newfoundland ghost stories, I couldn’t find any. Everyone I asked said something like, “Oh my dear, what a shame, old Samuel Whalen could freeze your blood with his stories, but the poor soul passed just two weeks ago.” I quickly became convinced that the glorious Newfoundland oral tradition was on its way out and I had missed my chance. The received wisdom was that our modern technology—television, computers, internet, video games—had usurped the old stories, and no one was telling them anymore.

But with a little more patience I soon discovered that this wasn’t strictly true. Talk to any Newfoundlander for five minutes and they’ll tell you some kind of a story: they can’t help themselves. And while the old ghost stories aren’t being dished out around the kitchen table on a regular basis, those spine-tingling tales are still being told. Newfoundland ghosts have a persistent way of coming back again and again to haunt this very spooky island, no matter how much technology we are using. 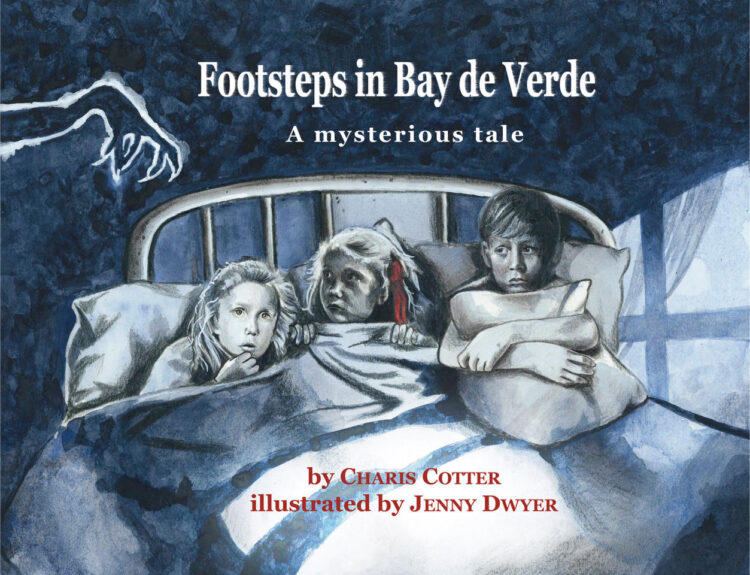 Eventually I was lucky enough to meet some bona fide Newfoundland storytellers, the kind who make you laugh one minute and scare you to death the next. I hit the ghost-story jackpot when I began to work in schools, conducting writing and publishing workshops based on local ghost stories. I asked students to go home and ask their parents, grandparents, uncles and aunts if they knew a ghost story. The kids returned with the most wonderful tales: some had been passed down from one generation to another, some were more recent, some were different versions of the same story. Supported by ArtsSmarts and ArtsNL, I published two books of ghost stories with the students, getting everyone involved. The little ones drew pictures of ghosts and the older children wrote the stories. Knowing that I’d want to tell some of these stories, I sent home permission forms for the children and their parents to sign, agreeing that I could use their stories as inspiration for my own.

I took a few of these stories and reimagined them from a child’s perspective, changing some of the main characters and circumstances, but keeping the essence of the ghost at the heart of the story. These became part of my storytelling repertoire, and then crept into my books.

Storytelling is a fluid art. One person will tell a story, then another will retell it, adding their own details. This is how stories survive, being passed from one person to another, changing and evolving as they are told and retold. So I find that I have become part of the oral tradition myself, as well as carrying the stories into the future in a different form.

With Halloween and the scary time of year approaching fast, I’m looking forward to telling my ghost stories in a new way this year. Thanks to COVID, my twelfth annual Ghost Tour of Newfoundland schools will be a little different—I’m hoping to go virtual and tell my stories to students with the help of the very technology that has been accused of squelching the old stories. A friend suggested I call it the Disembodied Ghost Tour. Works for me. And I daresay it works just as well for the tenacious Newfoundland ghosts, who still hover just outside the kitchen door, sighing in the wind, waiting to be invited in.

Charis Cotter lives near a cemetery at the end of a road in Western Bay, Newfoundland. Her latest books are Footsteps in Bay de Verde: A mysterious tale, illustrated by Jenny Dwyer (Running the Goat Books & Broadsides) and Screech! Ghost Stories from Old Newfoundland, illustrated by Genevieve Simms (Nimbus).

You can read more about Charis and her books here: www.chariscotter.ca