Thank you to everyone who tuned in to my Earth Day 50 livestream with the Ontario Science Centre on Wednesday! It was SO MUCH FUN. Don’t worry if you missed it – you can check out the recording on the OSC’s Facebook page.

You can also tune in next Thursday, April 30, at 3PM ET, when I’m going live for #CanadaPerforms! I’ll be doing an interactive presentation on awesome animals of the boreal forest, so come on by and bring your questions. 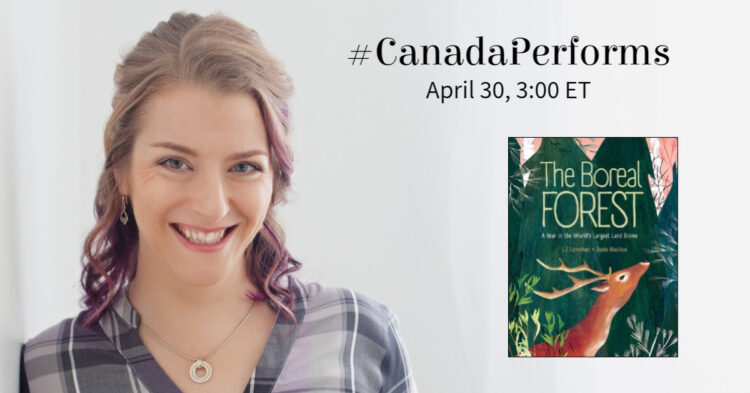 On to today’s main event!

Sunbeams dance in a birch grove, sparkling off the morning dew. Rat-a-tat-a-tat! A northern flicker drums on a burned stump, then flutters to the soil. It pecks and scratches, licking up ants with its long tongue. In a puddle beneath a blueberry bush, the flicker bathes. It hops into the drooping branches, plucking berry after berry. These sugary treats will fuel its coming migration. 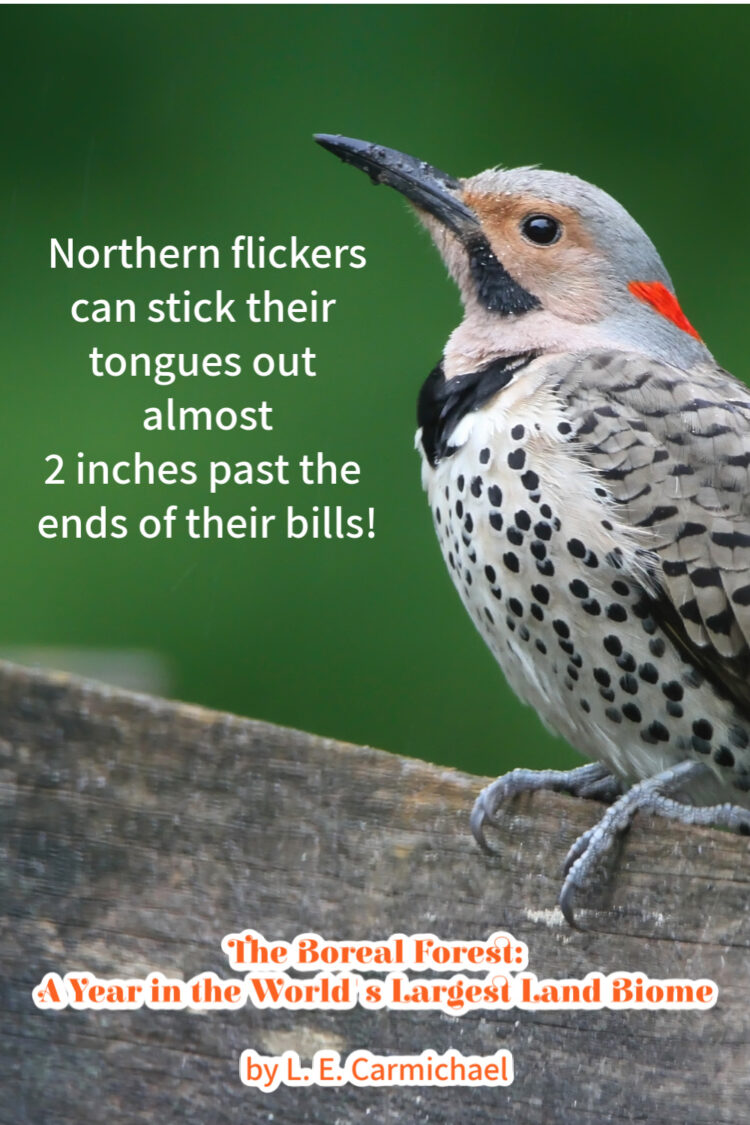 A lot of the “deleted” scenes from the first draft didn’t actually get deleted, just revised and reworked (more on that in a future post). This scene is one of two that got cut entirely, which is too bad, because there is some cool stuff in here:

The Boreal Forest is organized around the seasons of the year. Within those seasons is a second, nested layer of structure, following the stages of the water cycle. From a writing standpoint, that gave me some nice, fluid (lol!) transitions while moving through the book. From a content standpoint, it let me explore the important role that this biome plays in a global process. The flicker scene illustrated a water concept that (for space reasons), also had to get cut from the final book. Here’s the original sidebar, called “Fire and Water”:

Intense fires burn both canopy and litter. Afterwards, there are no leaves to slow down rain drops. Rain hits soil with greater force, breaking it up. Runoff carries the soil into streams. This erosion makes the water cloudy, blocking sunlight. When water plants can’t photosynthesize, aquatic food webs fall apart.

These effects may last for several years. Luckily, growth of pioneer species helps reverse them.

Have you ever seen a flicker – or any woodpecker? Or seen soil erosion at work in your backyard garden? Do you love blueberries, too? Share your stories in the comments!

And don’t forget to enter the Rafflecopter giveaway, or to contact me about those signed bookplates.