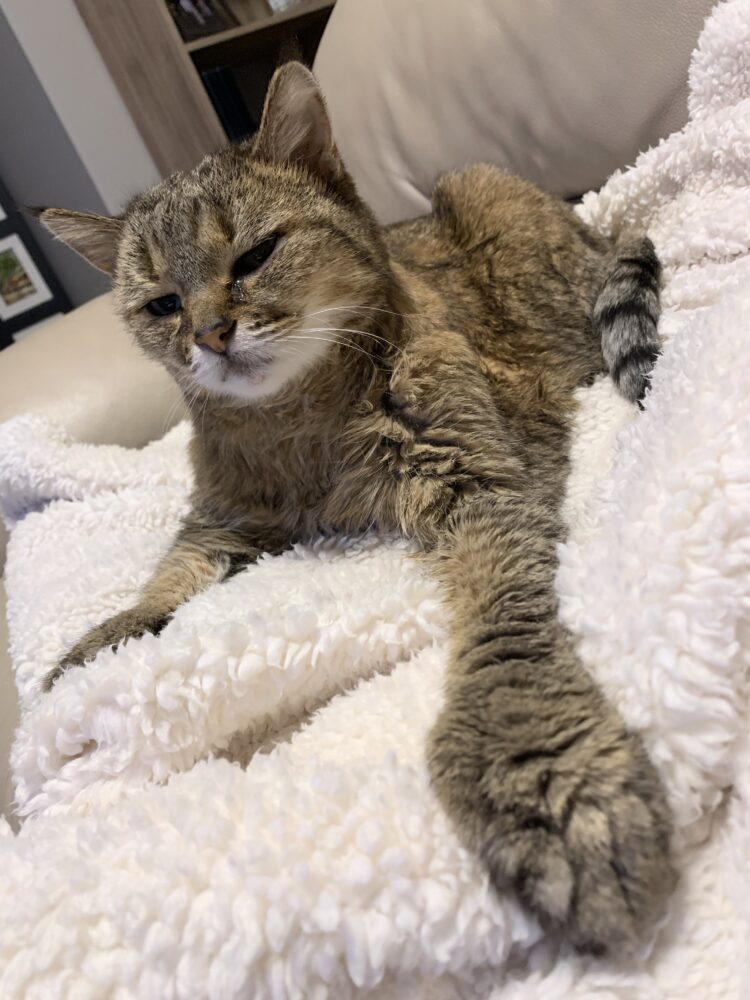 Many moons ago when I was but a grad student, my lab, which specialized in wildlife genetics, received an unusual request:

Run a DNA test on this hair, because we’re pretty sure it’s Sasquatch.

To be clear, the sample did not come from my cat Sasquatch, so named because, as a 6-toed polydactyl, she has very, very large feet. Nope. These hairs were found in the wilderness, near what appeared to be a rather large footprint, by people who believed they’d seen an actual Bigfoot and were hoping for proof.

Spoiler alert – the hairs were from a bison. A major disappointment to those who’d submitted the samples, but as my colleague who’d actually run the test pointed out, science can’t prove a negative – just because these hairs weren’t from a Bigfoot doesn’t mean NO hairs are from Bigfoot. However unlikely it may be that large, social primates have thus far escaped the attention of mainstream science, we get new data and make new discoveries everyday.

Which is why cryptozoology – the study of animals whose very existence is in dispute – continues to capture popular imagination, and the attention of the media. To no one’s surprise, but everyone’s irritation, the Sasquatch story garnered international media attention for my lab… more attention than everything else the lab had ever done put together. The BBC showed up. They brought video cameras.

Hey, I get it. Folklore is awesome, urban legends are fun, and who wouldn’t like to see the Loch Ness Monster? Just last week I was reading a 2019 book about reported cryptid sightings. I was hoping to learn about common patterns that link different accounts of these creatures, and perhaps the psychology of the search for mysterious beasts. That is…. not what I got. Instead, I got a book that unequivocally accepted the existence of upright-walking dogmen, but thought that cow tipping was entirely unlikely. A book in which it was considered a given that illicit government research programs had managed to genetically engineer cloned dogs that run in lockstep, but were apparently “not smart enough” to make said artificial pooches walk in a “normal” way that would deflect suspicions. Yup, those are real quotes. And my head exploded just a little bit, because:

I did not finish reading this book.*

To be clear (again), I’m not saying cryptic species don’t exist – we thought coelacanths were extinct until we found one. And I kind of hope cryptids do exist, because a world without mystery is no fun at all (not to mention, if we run out of questions, we won’t need scientists anymore).

I’m just saying, let’s use our great big human brains for a little critical thinking? Once in a while, just to see what it feels like. 😀

Have you had any cryptid sightings, or are you a hard-core skeptic? Share your thoughts and stories in the comments!

*The final straw was when the author described the Mississippian civilization as “prehistoric.” The Mississippian culture was contemporary with Vikings and the Vatican, and just as advanced. That’s not prehistory, that’s history, and the only thing remotely “primitive” about the Mississippian people is that they weren’t European. This was just one of several examples of casual racism in the text, and, just like bad science, that’s a big fat nope for me.

6 Comments on ‘Mad Science Mondays: That Time We Ran a DNA Test on Sasquatch Hair’