It’s Black History Month, so today I have a special guest: Marjorie Gann, Canadian author of two children’s books on the legacy and ongoing practice of slavery around the world.

When Francis Bok was seven years old, his mother sent him to the market near his village in southern Sudan to sell hard-boiled eggs and peanuts. This was the first time she’d entrusted him with this responsibility, and he felt very proud. But Francis’s pride was cruelly cut short when raiders on horseback galloped into the square and began shooting. He was one of many children captured, sold, and taken miles away.

At first Francis could not speak [his owner] Giemma’s language, but he listened carefully so that he could learn. One day he was able to ask Giemma a question: ‘Why does no one love me?’ Giemma did not answer. Francis tried again. ‘Why do you make me sleep with the animals?’ For two days Giemma said nothing, but then he replied, ‘Because you are an animal.’ 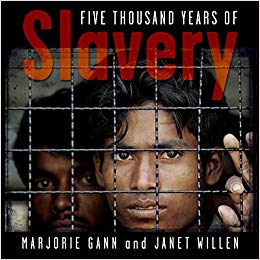 This excerpt comes from the book Five Thousand Years of Slavery, which I co-authored with Janet Willen. Francis’s experience with contemporary slavery (he was captured in 1986) forms the framing story of our book. Although Five Thousand Years surveys the full scope of world slavery from antiquity to the present, the story of slavery in Africa occupies many pages and is worth retelling now, during Black History Month. Slavery is intrinsic to the story of Africa.

The first chronicler of African life, quoted in Five Thousand Years, was a late-ninth century Arab geographer named Al-Yaqubi, who observed that “kings of the blacks sell their own people without justification or in consequence of war.” Centuries later, a Muslim traveller from the north coast of Africa wrote The Journey, which paints a vivid picture of the trans-Saharan slave trade: The traders, Ibn Battuta notes, “vie with one another in the number of slaves and servants they have.” Female slaves were a prized commodity: “From this country are brought beautiful slave women and eunuchs and heavy fabrics.” As they were to the later European and American slave traders, slaves were a commodity like any other. None of these traders showed any concern for the trauma their human cargo endured.

Struck by the plight of these human beings, Janet and I wanted our readers to hear the slaves’ voices. This was not difficult in the case of Caribbean and American slavery; robust abolition movements in Britain and North America prized (and often helped publish) the eyewitness accounts of escaped slaves like Frederick Douglass and Solomon Northup, whose narratives continue in print to this day.

But there were no African abolitionists, so the voices of enslaved Africans went largely unheard until missionaries arrived to engage with vulnerable communities. Five Thousand Years tells the story of Meli, captured in East/Central Africa (today’s Zambia) in the late nineteenth century when she was about five years old. Decades later, having been rescued and educated by English missionaries, she recounted her ordeal to her grandson, who recorded it:

She and other captives were forced to march for miles, carrying chickens, cooking pots, and other loot from their devastated village. If a mother collapsed, too exhausted to keep carrying the heavy loads and her baby, the marauders tied the baby up into a bundle and hung the child from a tree to starve. To them, chickens and cooking pots were worth more than children.

Meli’s first owner was a man who put her to work drying harvested grain by the fire. Chilled by the damp cold, she threw extra wood on the fire. A spark set the hut ablaze.

“The man and his wife were furious and they scolded me very strongly. The husband, mad with rage, seized me and almost threw me into the fire. But, thank God, the woman objected strongly, saying, ‘Do not bring evil upon us. Don’t you know that this person belongs to a chief’s family?’

“The man said, ‘You have been saved! But from now on you will eat only wild things you find yourself.’”

And what about Francis? How do we know his story? In the end, his deep religious faith (he was a Sudanese Christian) and his memories of his parents’ faith in him gave him the courage to flee. He made his way to a United Nations refugee camp in Cairo, where he was granted asylum in the U.S. He now lives in Massachusetts and speaks on behalf of the American Antislavery Group about slavery in Africa today 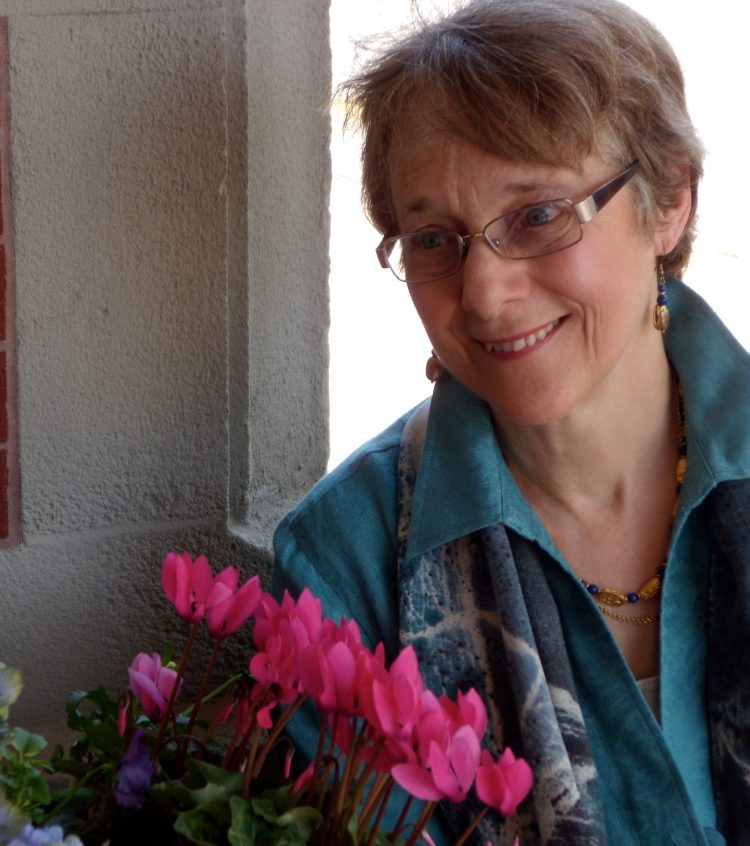 As Francis’s story shows, slavery is not history. We close Five Thousand Years with a survey of modern slavery, not just in Africa, but in prison camps in China, Cuba, and North Korea, on vegetable farms in the United States, in carpet factories in Pakistan, and among trafficked women. Black History Month can be a springboard for learning about the much broader story of human slavery, in the past and in the present.

Marjorie Gann has written two books on slavery together with Janet Willen. The first, Five Thousand Years of Slavery (Tundra, 2011) was a 2012 Notable Book for a Global Society, Children’s Literature and Reading Special Interest Group of the International Reading Association. Their second book, Speak a Word for Freedom: Women Against Slavery (Penguin Random House/Tundra, 2015) tells the stories of fourteen women who have fought against slavery.

1 Comment on ‘Black History Month: Slavery is Not History’