The Mad Science of The Lion King 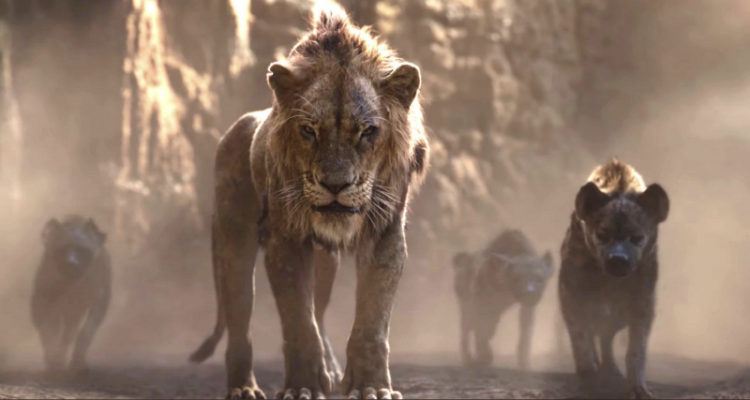 Despite swearing off of live-action-remakes-of-Disney-movies-that-really-didn’t-need-to-be-remade-to-begin-with, Tech Support and I recently watched the new version of The Lion King. Which isn’t even “live action” so much as “slightly more advanced animation,” but whatever.

I have mixed feelings. On the one hand, many of the things I loved about the original are there – so many, in fact, that I once again question why Disney even bothered. On the other hand, of all the things to decide to cut, they go with “You can be a big pig, too?” Tech Support and I sing that song practically every time we eat bacon, because we are classy like that.

I was also a little disappointed that one of the things Disney kept was the portrayal of the hyaenas. Not so much from a standpoint of racism, a criticism that others have levelled against the original film.  Nope, I’m talking about hyaena biology.

Disney’s hyaenas are lazy, destructive, scavengers that have to be excluded from the Pride Lands in order to protect the delicate balance of the neighbourhood.* Once Scar lets these mangy minions into paradise, the Circle of Life goes distinctly pear-shaped.

Here’s the thing, though. In the real world? The lions are great big bullies, stealing food from the hyaenas and often making the smaller hyaenas into snacks. Some studies show that hyaenas have to outnumber lions six to one to have a chance of protecting their prey, and that’s only if the lions in question are actually lionesses and youngsters. If we’re talking full-grown male lions, hyaenas just have to stay out of the way and hope they can cage some leftovers from their own kills.

Not only are hyaenas not evil, they are actually pretty cool critters. Yeah, they look a bit like they were made out of spare parts, and the sounds they produce are a tad on the creepy side.  But they are pack animals, like wolves, that use communal hunting strategies and pup-rearing techniques. This is pretty helpful in an environment where many prey species are fast moving and migratory, meaning hard to catch. Hyaenas have some other completely fascinating quirks, too, which you can read about here, provided that frank discussions of animal anatomy and behaviour are a thing you are up for.**

Also? Hyaenas are matriarchal. Forget Mufasa: if lions were hyaenas, Sarabi would be in charge. Granted, Disney made Shenzi the leader of the gang, so credit for getting that part right, but it’s another reason why real-life hyaenas are interesting and worthy of a respect the film doesn’t offer them.

How do you feel about Disney’s hyaenas – or the real kind? Did you like the remake, or would you rather Disney, I don’t know… write something new? I’d love to hear from you!

*Hmm… that really does sound a little racist, doesn’t it?