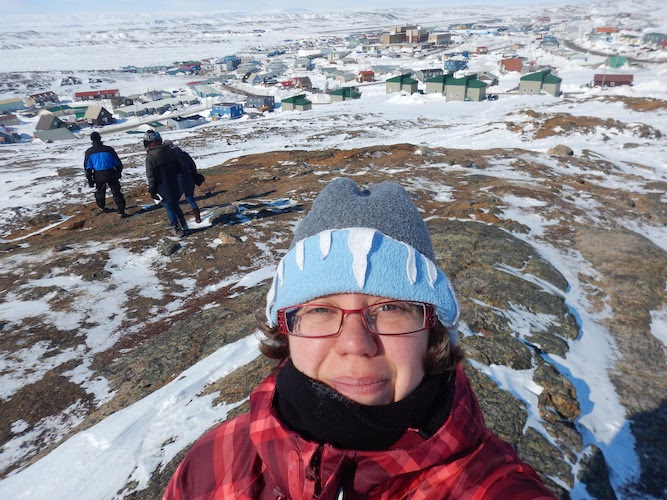 Welcome to STEMinism Sunday! As a former woman in science, I have a deep and enduring interest in the experiences and representation of women in STEM fields (science, technology, engineering, and math). This series will be an opportunity for me – and you – to get to know some of these intellectual badasses.

Today, my guest is Tahrana Lovlin, brilliant woman and accomplished engineer… with an unusual specialty. Take it away, Tahrana! 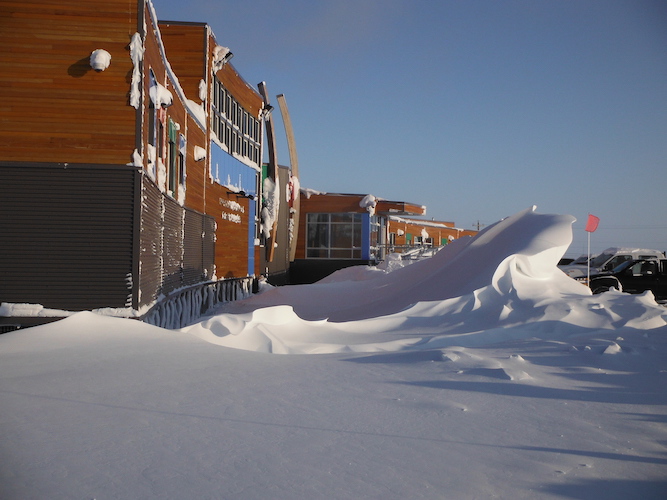 So I’m writing this because Lindsey asked me to and I’ve known her for almost 30 years (wow, crazy). And I’m an engineer. Not your stereotypical engineer, the ones you see in the movies that work for NASA and wear ties and carry pocket protectors. Those engineers don’t exist – well, not anymore. Or if they do, they are a small portion of the overall world of engineering. As an engineer, I problem solve with a team that requires daily communication and coordinating, I write A LOT of reports, and occasionally I get to go to cold places for work. I’ve helped on projects in Alaska, Northwest Territories, Nunavut, northern Labrador, and Antarctica.

I got a bachelor degree in Civil Engineering at the University of Waterloo in 2000. I did a year of structural design in Yellowknife, and then returned to southern Ontario to get married. I applied to a few design firms, but ended up at RWDI, a niche engineering consulting firm that did some pretty cool stuff according to the Discovery Channel.* I got a job there pretty much based on the fact I had “experience” with snow, meaning I had lived in the Northwest Territories for more than a decade. And since then, I have spent my career figuring out how wind and snow interact with buildings, and how this interaction affects pedestrians and users of the building. I now work for SLR Consulting in Guelph, Ontario. 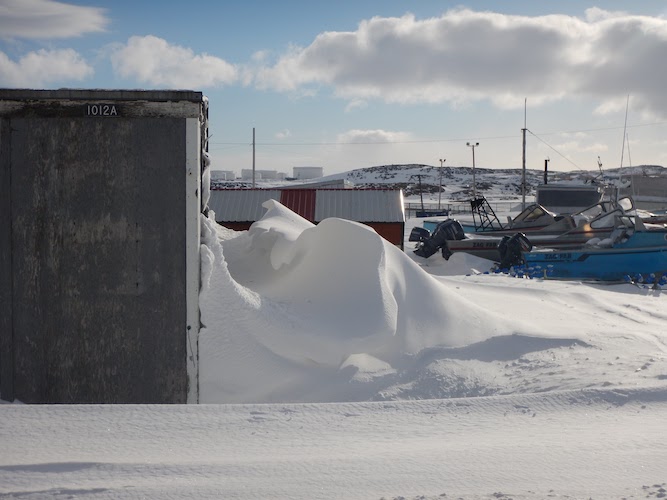 So let’s talk snow, which is one of my favourite subjects. I like the way snow sounds, especially at -40C. I love the way it drifts into these perfect aerodynamic shapes that seem to defy gravity. It amazes me how much can accumulate in front of my garage after a good storm!

There are two facts about snow that are essential in my job. One fact is that snow only moves or “drifts” once the wind speed reaches about 20 km/h. Which means, if you consider the average winter wind speed, there is less chance of drifting snow in Inuvik (~ 8km/h) than in St John’s (~ 25 km/h). The second fact is that snow can only drift for about 3 km and then it rubs itself out; this is probably a good thing or there would be way more snow in Winnipeg than I would care to consider. 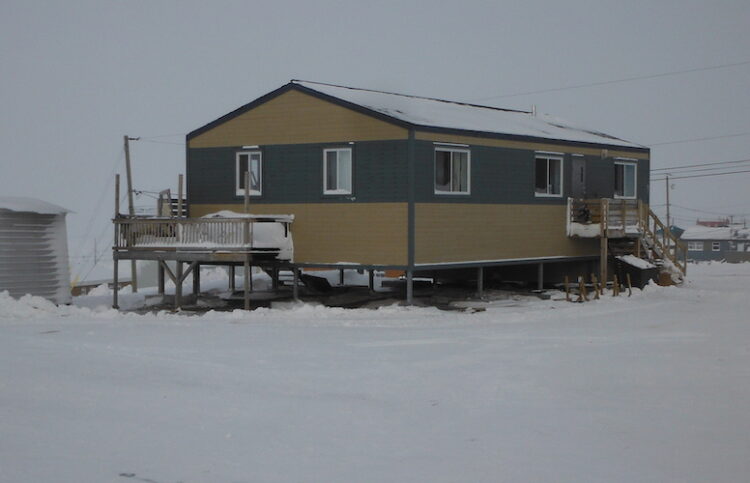 Now, if you put a building in the way of this wind and snow, the snow will only accumulate in sheltered areas where the winds speeds are calm, and would be scoured from areas with strong winds. If the building is square and on the ground, and the wind hit it perfectly perpendicular to the upwind side, the snow would form a horseshoe-shaped drift around three sides. Right against the building the ground would be scoured by the wind, but a few metres away from the building a 1 to 3 m tall drift would form. On the downwind side, the drift would form right against the building facade, and if there were enough snow, the downwind drift could be as tall as the building!

However, if you were to raise the building above the ground, as they do in the Canadian Arctic, the downwind drift would form away from the building. Where the drifts form can significantly impact the accessibility of the building in winter, and the effort required for snow removal, which affects the day to day life of people that use the building. Think of it, do you want to shovel out your front entrance every day or would you rather use the sustainable approach of having Mother Nature clear it for you? As a snow engineer, it’s my job to think of that stuff for you.

*I can vouch for that – some of RWDI’s work on the world’s tallest building appears in my teen book, Amazing Feats of Civil Engineering.