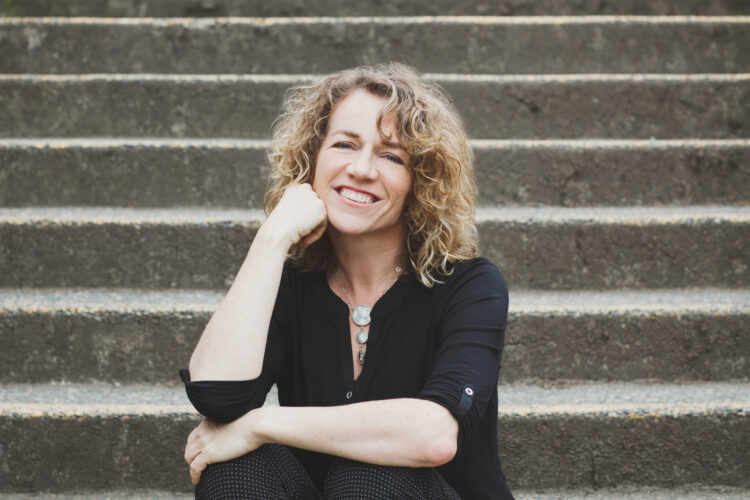 Back in 2015, I became involved in refugee sponsorship when I joined a group sponsoring a Syrian family with four small kids. It was a great experience. In fact, this first sponsorship led me to start three more sponsorship groups to help other refugees come to Canada and resettle in my community. I was learning a lot about refugee issues– so when I started working on the second edition of my book Pride (Pride: The Celebration and the Struggle, coming out with Orca Books in March 2020), I knew I had to include a section about the particular challenges faced by LGBTQ+ refugees. Around the world, more than 70 countries still criminalize same-sex relationships—and in many of these countries violence against LGBTQ+ people is common and widespread. As part of my research, I spoke with two gay men—Rainer and Eka– who fled persecution in Indonesia and resettled in Vancouver.

And this led to a whole new book- my first picture book! When Rainer and Eka travelled to Canada, there was one thing they couldn’t bear to leave behind: their cat, Ghost. In September,  Rebel Mountain Press— a BC publisher who shares my interest in LGBTQ+ rights and in supporting refugees— will publish Ghost’s Journey: A Refugee Story. It is inspired by Rainer and Eka’s story, and the illustrations are created from Rainer’s photos of the real Ghost. 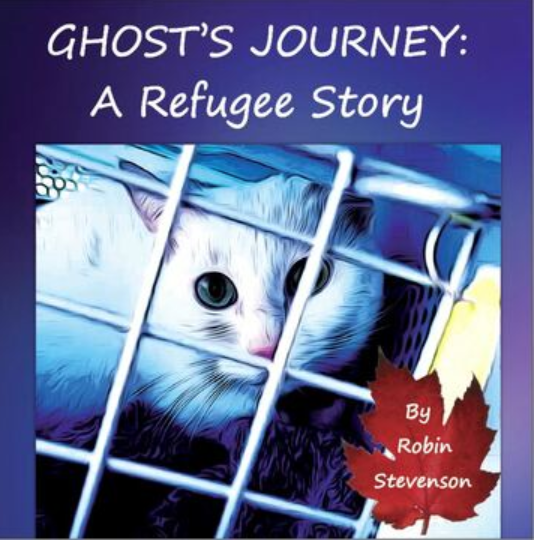 Here’s an early review from Kirkus. They write, “Stevenson tells the real-life story of Eka Nasution and Rainer Oktovianus with simplicity and clarity for younger audiences…This introduction to LGBTQ human rights for young children is a gentle and effective one.”

There are a couple of organizations doing important work to help LGBTQ+ refugees. Rainbow Railroad is one of them. They help LGBTQ+ people who are facing state-sponsored persecution and whose lives are in danger. Here is a very powerful video about the life-saving work they do. Another is Rainbow Refugee, a Vancouver-based organization that helps LGBTQ+ refugees come to Canada, and supports LGBTQ+ asylum seekers who are already here. You can watch a video about their work here.

All my author royalties and partial publisher proceeds from sales of Ghost’s Journey will go support LGBTQ+ refugees, through Rainbow Refugee and Rainbow Railroad,  and through Canada’s Private Sponsorship of Refugees Program  and BVOR Program. Ghost’s Journey will be available in stores in September, and you can also order directly from the publisher.  I am hoping this book will help raise both funds and awareness, and I am very grateful for any help spreading the word!

Robin Stevenson is the author of 25 books for children and teens. She is a Silver Birch winner, Stonewall honour recipient, and Governor General’s Award finalist. This fall, she is also launching KID ACTIVISTS (Quirk Books). Robin’s books have been translated into a number of languages and published in more than a dozen countries. She lives on Vancouver Island with her family.

Find her online at www.robinstevenson.com