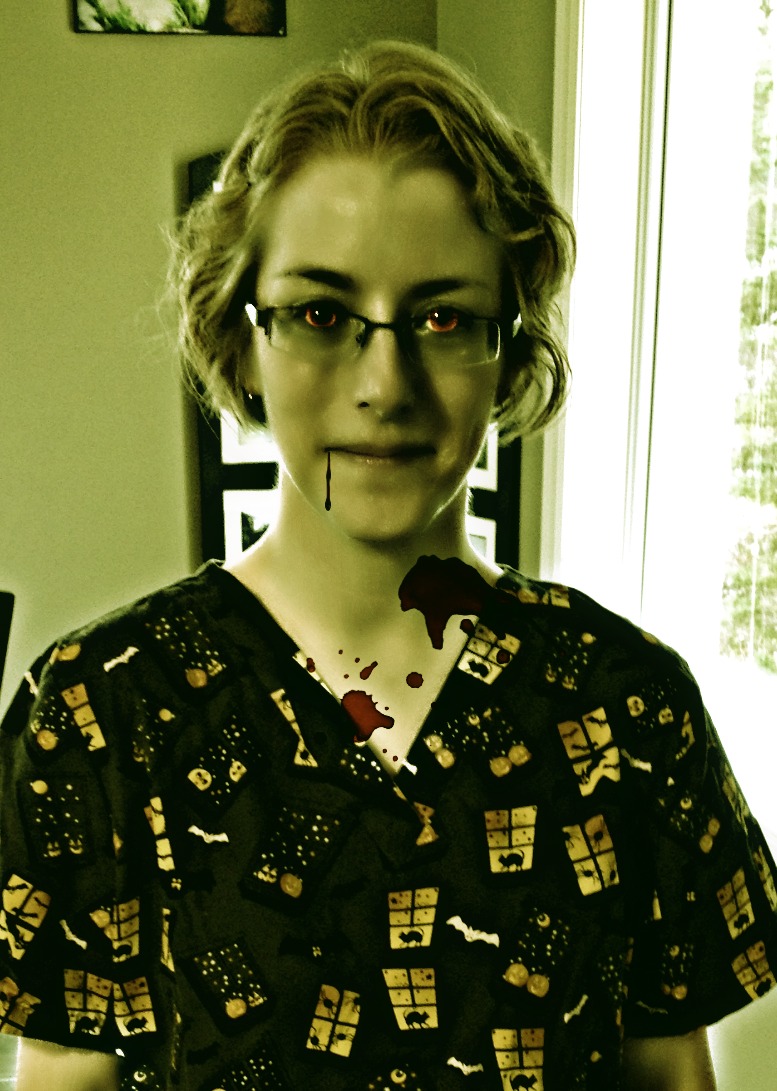 The doctor will see you now.

Ah, Halloween. When I was a kid, it meant three things:

1) Trying to come up with a costume that would fit OVER my parka, because it’s cold in southern Alberta after dark at the end of October. One year, my mom got free boxes from the grocery store, cut arm and neck holes, and painted them – my brother was a die and I was a domino. We were the hit of the neighbourhood.

2) Losing most of my haul to said mother, because that was before peanut-free factories, and half of what was in my pillowcase would have killed me.

3) Engaging in highly complex candy trading negotiations with my aforementioned brother… and blaming him for stealing the precious chocolate that had (true story) actually been unwrapped and eaten by our dog, Tori.

As an adult, Halloween is a different experience. These days it’s all about highly complex discussions with Tech Support over precisely how much candy we will have to give each kid so that our house remains un-vandalized at the end of the night. Halloween: a protection racket dreamed up by the chocolate mafia.

We did enjoy the littles in their costumes, though. My favourite was the tiny gorilla who stood frozen on my doorstep for a good 30 seconds after the treats had been deposited in his bag. You could just see him thinking “But mom said NOT to take candy from strangers. I do not understand how this WORKS. Do I cry or just run away?” Poor little guy. I feel his pain.

How was your Halloween? Lots of kids? Favourite costumes? Bonus points if you post pictures in the comments!

Filed to: Life, the Universe, and Everything
Tagged with: Halloween, chocolate mafia, protection racket, trick or treat

3 Comments on ‘Halloween: The Rise of the Chocolate Mafia’