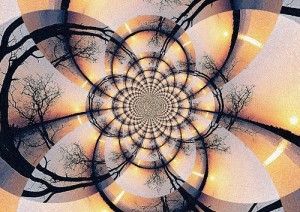 The phrase “witch hunt” has been tossed around pretty casually lately, but here’s a case where it might actually apply: an Ontario psychic has just been charged with practicing witchcraft.

Or, more accurately, with pretending to practice witchcraft.

Fun fact: the actual practice of witchcraft is legal in Canada. Faking it for profit, not so much. That’s what our psychic is accused of – telling customers she will lift the curse upon them, provided they are willing to pay. According to The National Post, many people were willing to pay, and pay well. The psychic is believed to have collected over $100,000 in cash and jewelry for her spiritual fumigation services. And this Ontario woman is just the most recent to be accused of such scams. Police say that fraudulent witches rely on their customers being too embarrassed to report that they’ve been swindled.

What’s most interesting to me about this story is that Canada is in the process of removing the fraudulent practice of witchcraft from the criminal code (along with other quaint crimes like dueling). My very favourite thing about the story is this argument for striking the provision, made in 2017 by MP Wayne Stetski:

In addition to the fact that it impinges on the rights of some religions, and would confuse the U.S. president, who is certain that he is the target of a witch hunt, this might also hurt Harry Potter cosplayers; Dungeons and Dragons “larpers,” which I do not know much about but which my staff assure me is a thing; and others for whom sorcery is an entertainment. This is a good law to be rid of.

I think we can all agree that preying on the vulnerable is a lousy thing to do, packaged as witchcraft or not. One question my research has not yet answered is how such cases will be prosecuted in the future. I assume that blanket laws against fraud will come into play, but if anyone has more info, by all means, share in the comments!

Have you ever visited a psychic? Do you know anyone who might have been taken advantage of in this way? I’d love to hear your stories.

Filed to: Life, the Universe, and Everything
Tagged with: witchcraft, psychics, folklore, psychic fraud

2 Comments on ‘Witchcraft: Only Illegal If You Fake It’