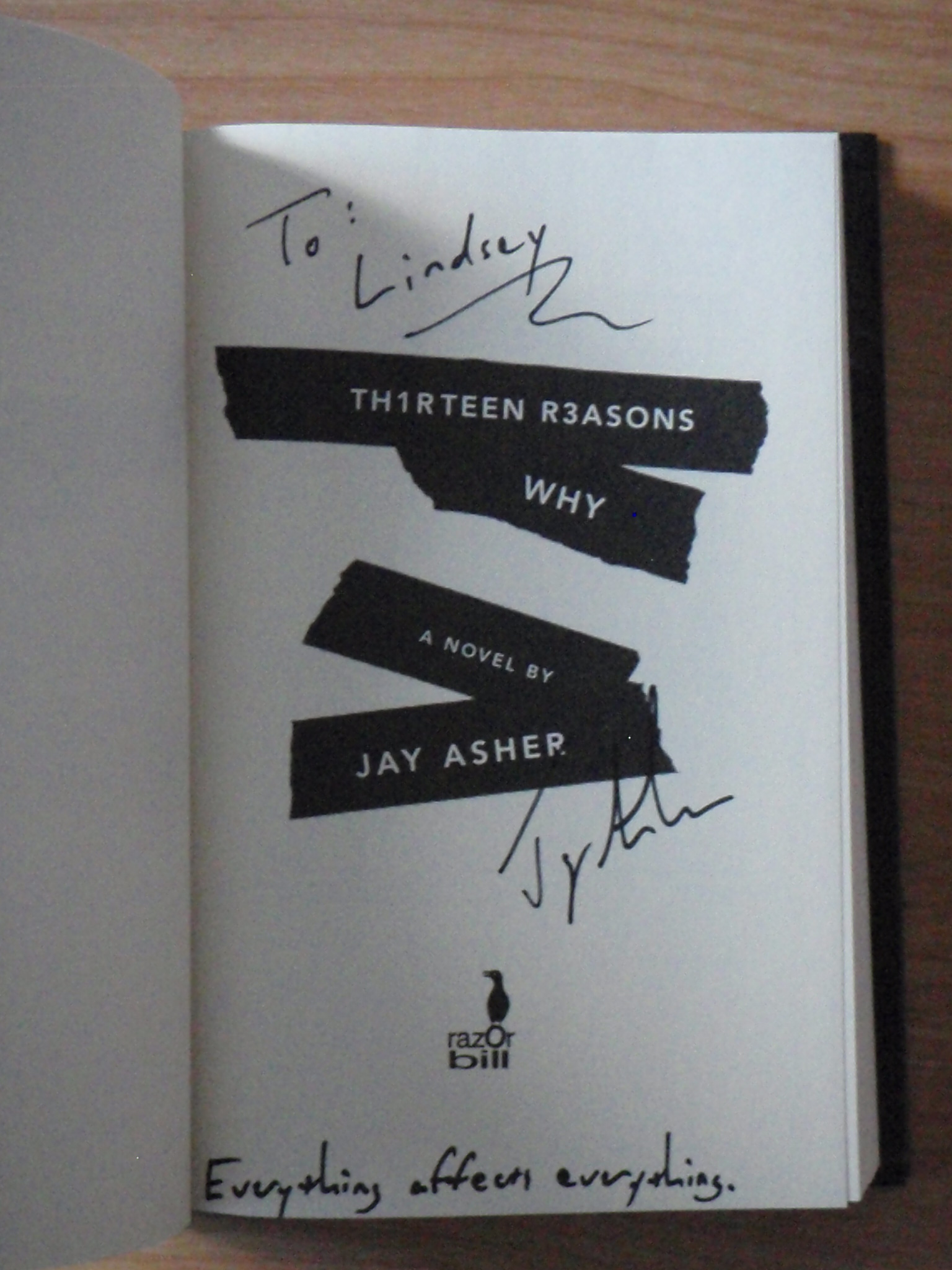 If you’re a member of the kid lit community and have been harassed or assaulted by other members of the community: I believe you, and I stand with you.

ESPECIALLY if you’re a huge fan of the accused.

I was a huge fan of Jay Asher’s.

I attended my first SCBWI conference in 2008. I was recently out of graduate school, writing seriously but as yet unpublished. Before I went, I researched the faculty and read as many of their books as possible. One of those books was Asher’s Thirteen Reasons Why.

It was one of the first YA novels I’d read since my own teen years, and it was a revelation. I remember sitting on the couch, glued to the pages, waving an impatient hand at Tech Support as he tried to make me stop reading long enough to eat something.

I was equally mesmerized by Asher’s keynote, and meeting him during the book signing was a highlight of the conference for me.

Last week, multiple women came forward to accuse Jay Asher (and a number of other well-known men of kid lit) of sexual harassment. That #metoo could reach the children’s publishing industry should not have come as a surprise to me. Publishing has a clear cut power structure, much business is conducted in informal settings, and despite being dramatically outnumbered by equally accomplished women, men in the industry are often revered. It’s a combination particularly vulnerable to abuse – and besides, my friend and critique partner, Ishta Mercurio, had already confided her own story with me years before she went public.

But I was surprised, probably because children’s literature has always been a safe place for me. Not only have I never personally experienced harassment, I’ve found the members of the community to be uniformly warm and welcoming. Both of which are in stark contrast to my experiences in academia.

And I was shocked to hear Asher named, because the foundation of his career is a book about the devastating consequences of bullying, harassment, and assault. In light of the accusations levelled against the artist, how are we to view the art? Can the art be separated from the artist, or are both tainted forever?

I suspect that for me, the latter is true. I can’t escape the feeling that Thirteen Reasons Why is not a condemnation of harassment, but a smoke screen to conceal it.

I welcome your comments on these issues. But please remember that my blog is a safe space, and abuse of any kind will not be tolerated here.

Filed to: Life, the Universe, and Everything
Tagged with: #metoo, Jay Asher, sexual harassment in children's literature, Thirteen Reasons Why

2 Comments on ‘#metoo, Children’s Literature, and Separating Art from Artist’