Wonder Woman: I Laughed, I Cried, I Felt All the Feels 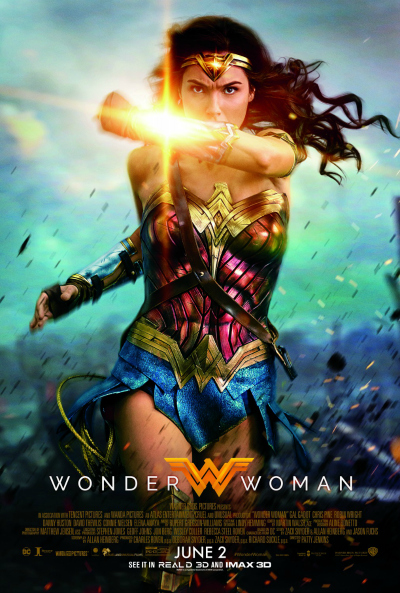 Tech Support took me to see Wonder Woman yesterday.* It restored my faith in superhero movies.

This is a superhero movie that’s actually about something – something much more than good versus evil. This is a movie about right and wrong, which is a much more complex and difficult question. Especially when there’s more than one right, but you can only pick one of them to fight for at any given moment. And if the potential to do right in the future means ignoring the wrongs right in front of you, what do you do?

Well, if you’re Diana, you say screw that and take the field all by yourself.

That’s the moment I started crying – the moment a woman took matters into her own hands and saved the day, with not just her superpowers, but the power of her convictions.

And it was beautiful. Emotionally, spiritually, intellectually, and visually beautiful.

The Amazons’ fighting style in general is one of the most beautiful things I’ve ever seen on screen. There is so much respect for the strength and power of a woman’s body in this movie – not hanging on the arm of the male star, but in active, purposeful motion.

And respect for women, as well. I love how Chris Pine’s character moves from being a man of his times, driven to both protect a woman and set limits on her freedom, to a man who says, “I love you, I respect your choices, and I’m going to go do what I can do so that you can do what you need to do.”

My only complaint was that we didn’t get more time with the supporting characters. There were hints of lives and backstories I would have loved to see developed. Dare I hope these characters will repeat in a sequel? I’ll be there to see it, either way.

They played the trailer for Thor: Ragnarok, which bears so little resemblance to the Ragnarok of Norse myth that we amused ourselves by inventing new names for it:

Me: Thor: Beyond Thunderdome

Me: Thor: Blood Red Road (which if you haven’t read, you totally should. It’s Cormac McCarthy’s The Road meets Mad Max Beyond Thunderdome)

Filed to: Life, the Universe, and Everything
Tagged with: Wonder Woman, women in film, movies

2 Comments on ‘Wonder Woman: I Laughed, I Cried, I Felt All the Feels’