So I Saw Dr. Strange 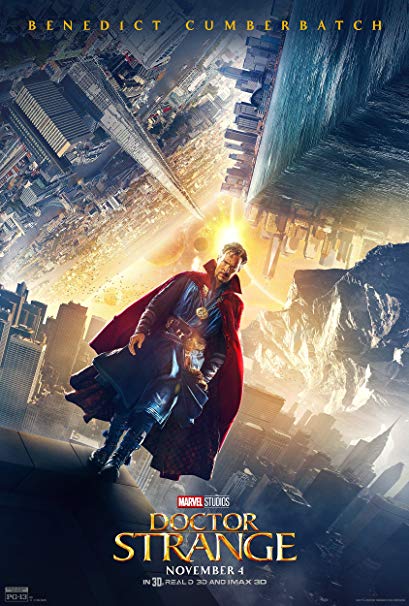 And I have thoughts.

Thought the first. Benedict Cumberbatch should not be allowed to speak in an American accent. I’m used to seeing him in things like Sherlock and The Imitation Game, and without the British accent, I had a really hard time taking him seriously, despite the fact that the timbre of his voice remains shivery.

Thought the second. This is a movie that requires unusually large suspension of disbelief, even compared to other superhero movies. You cannot wear your scientist hat while watching Dr. Strange. You really have to say to yourself, “OK, let’s pretend this makes sense” and just admire how pretty the special effects are.

They really are pretty.

Thought the third. That is some slick characterization you’ve got there! I love that this is a guy who’s entire identity is wrapped up in his dexterity… and then, because he’s an arrogant jerk, he destroys the very thing that makes him great. And in the process of discovering a new thing that makes him great, he sheds a whole lot of that ego, which was a lot of fun to watch.

Thought the fourth. That cloak is awesome.

Thought the fifth. I still like Iron Man better.

What are your thoughts? Let’s discuss!

Filed to: Life, the Universe, and Everything
Tagged with: Benedict Cumberbatch, Dr. Strange, Iron Man