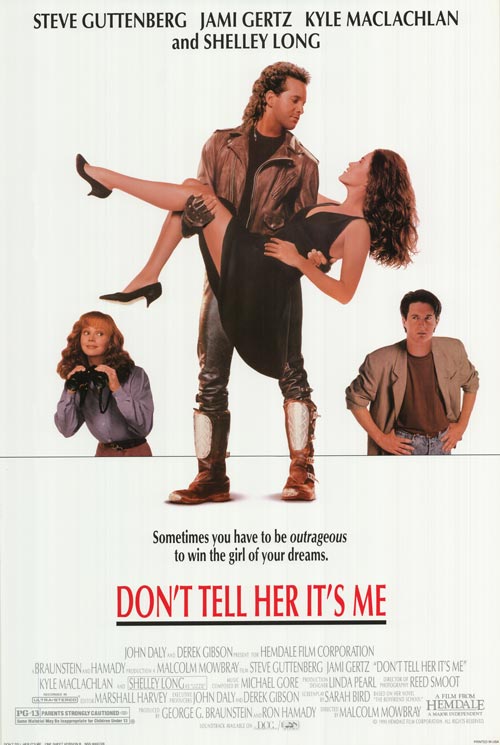 SOTC: What’s up for you this week?

Me: Not much. But Tech Support is heading to Kalamazoo.

SOTC: Kalamazoo… I know that name… Wasn’t the guy from Don’t Tell Her It’s Me going there?

Me: Yup. For Randy Grower’s wedding.

For those of you who’ve never heard of this obscure 1990s romantic comedy, Don’t Tell Her It’s Me (also released as The Boyfriend School) is about an ordinary guy (Steve Guttenburg) whose romance novelist sister (Shelley Long) turns him into a mysterious leather-clad hero so he can win the girl of his dreams. It’s about as cheesy as you’d expect a movie starring Guttenburg and Long to be, but is also sweet, and good fun. We Sisters watched it a LOT during our teen years, and it’s still a solid choice for girl’s night in.

What about you? What shared experiences are part of your friendships’ DNA?

Filed to: Life, the Universe, and Everything
Tagged with: Don't Tell Her It's Me, Shelley Long, Steve Guttenburg, The Boyfriend School, Sisters of the Traveling Chocolate