I Don’t Care If It’s Fantasy, It Still Has to Make Sense

Back spasm results in a lot of hours on the couch with a heating pad, and when my eyeballs get tired of reading, it’s movie time.

Tech Support and I tried to watch Highlander (1986), a fantasy about a group of immortal beings locked in a fight to the death. Sean Connery, we figured. 7.2 on IMDB, we figured. How bad can it be? 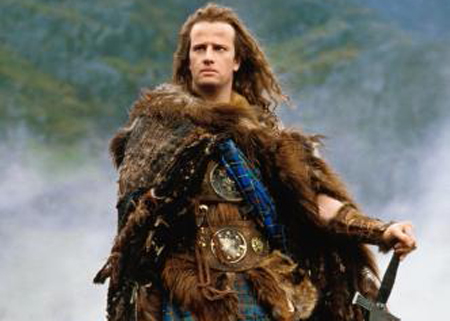 That angsty look will not fill these plot holes, buddy.

BAD, is the answer. So, SO bad. Not only does this movie suffer from the slowest, most boring sword fights ever filmed, it makes absolutely no sense. Here are just a few of the questions that the first half of the movie failed to answer:

Needless to say, we did not finish this movie. And yes, OK, it’s fantasy. It does not have to play by the rules of our world (breaking those rules is kind of the point). But make believe worlds still have rules, and those rules have to make sense within the boundaries of the world.

I promise that my own fantasy novel will make sense. It’s way, way too annoying otherwise.

Have you seen Highlander? Am I missing some critical piece of data that somehow ties it all together? Any suggestions for other fantasy movies I should watch during my convalescence?

Filed to: Life, the Universe, and Everything
Tagged with: Sean Connery, fantasy, Highlander (1986)

12 Comments on ‘I Don’t Care If It’s Fantasy, It Still Has to Make Sense’