The Top Ten Things Grad School Taught Me About Writing 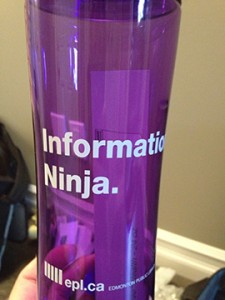 When I gave up a career in science to be a starving artist, I knew, without doubt or reservation, that I was doing the right thing.  I also knew it was a thing that would be difficult, if not impossible, to explain to anyone else.

Perhaps it would be easier if I just explained all the ways a PhD in science is perfect preparation for the writing life.  So here they are – the top ten things grad school taught me about writing.

10) How to do a literature search.  I’ve become an expert at tracking down random facts, such as the number of wolves harvested on Banks Island in 1959, or how many days worth of water a horse can actually carry.

8) How to trouble-shoot.  A manuscript is a lot like an experiment – it never works the first time.  But if you keep at it, you might just produce something elegant.

7) How to break it down.  In some First Nations’ languages, the closest equivalent to “wildlife biologist” is “man who goes to school to learn about animals.”  (Hi Alasdair!)  Imagine how well phrases like “mitochondrial DNA” and “microsatellite DNA fingerprinting” go over, especially via a put-upon translator.  Science taught me to simplify, an essential skill in a kid’s nonfiction writer.

6) How to wait.  To analyze populations, you have to have a population’s worth of data.  I spent years generating DNA fingerprints before I could do any analysis, with no idea whether I’d get something or nothing for my efforts.  And then you submit the paper and wait around some more.  And then it’s accepted for publication, but years might go by before it actually sees print (occasionally after it’s ceased to be relevant).  As I’ve mentioned earlier, waiting is the worst part of being a writer.

5) How to ask total strangers for favours.  Collecting over 4000 tissue samples for DNA analysis is not a one-person job.  I spent several years phoning and faxing and emailing people I’d never met, selling them my project, so they’d contribute their own time and effort.  I haven’t actually looked for an agent yet, but I’m pretty sure the same principles apply.

4) How to work with coauthors, reviewers, and editors.  Scientific papers go through an extensive review process, the survival of which requires diplomacy, flexibility, and creativity.  Swearing may be involved, but there’s no doubt the manuscripts which eventually see publication are better than those first submitted.

3) That people really will pay you for writing things.  Scholarship committees are suckers for a well-written application.

1) That willpower, persistence, and a certain idiotic refusal to quit can be more important than brains and talent.  ‘Nuff said.

Your turn – which of your “work” skills have helped you pursue your passions?

Filed to: Life, the Universe, and Everything
Tagged with: writing, grad school, transferable skills, research