I Watched Star Wars: The Force Awakens and I Still Don’t Get It

I watched Star Wars: The Force Awakens. Actually, I watched it twice, because I wanted to make sure I knew it well enough to actually comment on it.

It was really good! This was a pleasant surprise, because most of the time, I hate things everyone raves that hard about. 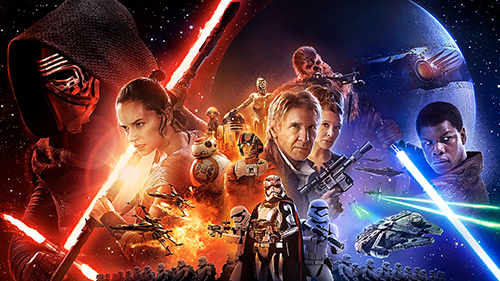 In fact, I liked pretty much everything about the movie, despite the glaring hole in the premise. Namely, if Luke Skywalker has gone into seclusion to brood in a manly fashion, exactly WHY would he leave a map to his location? Not the actions of a man who doesn’t want to be found. If you can explain this to me, you get digital cookies, because I watched the movie twice and I still can’t figure it out.

So, yes. I thoroughly enjoyed The Force Awakens. But I still don’t get it. I still don’t get why THIS franchise is a global phenomenon, when, let’s face it, there are plenty of other movies that are, by all objective standards, a lot better. And that is not the comment of a genre snob. I love genre. I just don’t love Star Wars – at least, not with the kind of devotion so many millions harbour towards the films.

I suspect this is a nostalgia thing. I suspect that these movies captured the imagination of a generation of kids (because they were revolutionary at the time?) and that those kids have grown up and passed the love on to their kids. And that I do get. Star Wars wasn’t a part of my childhood, but plenty of other movies were… and I still love them, despite my adult ability to recognize their flaws.

Am I on to something with this theory? Whether you are lukewarm on Star Wars or own Death Star bed sheets, I would love to hear what you think.

Filed to: Life, the Universe, and Everything
Tagged with: movies, Star Wars, The Force Awakens

4 Comments on ‘I Watched Star Wars: The Force Awakens and I Still Don’t Get It’