Tech Support and I watched Willow again the other night, and just like when I watched it (over and over) as a kid, it made me deliriously happy. It’s the story of an unlikely hero who has to save a baby from the evil queen that wants to kill her, and if you’ve never seen it, here are ten reasons you should.

Yes, OK. By today’s standards, the effects are simplistic, in some places even comical (especially on the Blu-Ray). But for 1988? That stuff was AWESOME.

Long before Peter Jackson turned New Zealand into Middle Earth, Ron Howard filmed Willow there. The scenery is breathtaking. It’s easy to believe the story is taking place somewhere beyond our own world.

World building in fantasy is a tricky art. Too little detail and the audience is hopelessly confused. Too much, and they are bored into a stupor. Willow strikes the perfect balance. We don’t know how evil Queen Bavmorda came to power, or how Madmartigan got tossed out of the kingdom of Galadorn. And the details don’t actually matter – they give us the sense of a real world with a deep and complex history without getting in the way of the action.

Willow and his people are Nelwins. Nelwins are small. Several of the key characters in the film are therefore played by dwarves – not to mention an entire village of extras. I love that. I love that Willow gave some really talented actors a chance to show their stuff, because let’s face it, most Hollywood movies don’t. Warwick Davis is brilliant in this movie. Billy Barty (the High Aldwin) is totally hilarious, and I may have spotted Peter Dinklage in the background…

I don’t know where they found the babies that plays Elora Danan, but they are quite possibly the cutest babies that have ever been filmed. The child actors that played Willow’s kids are also totally adorable. 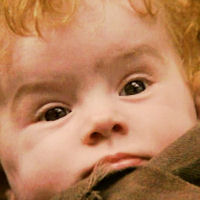 Fantasy is a genre that often tends towards the dark side, which is why there are usually characters that seem to be included purely for comic relief. In Willow, they are the brownies Franjeen and Rool. They bumble and bicker and cause more problems than they actually solve, but somehow still manage to help save the day. The actors must have had a blast playing these characters, because they are pure joy to watch. You know how in a Greek tragedy, the warrior or shepherd or king will do everything possible to avoid the outcome of a prophecy, thereby hastening its completion and ensuring his or her own destruction? Well, that’s Queen Bavmorda in a nutshell. Her arrogance is her own downfall.

And while we’re on the subject, Queen Bavmorda is a truly terrifying villain. This is a woman who will capture and slaughter hundreds of pregnant women to find the one who carries the child predicted to destroy her, who will sack a city or turn people into livestock on a whim, and treats her own daughter like a particularly incompetent servant. She’s powerful and ruthless and capricious, and we have no trouble believing that if Willow’s quest fails, Bavmorda will destroy the world and dance on its ashes.

Val Kilmer plays Madmartigan, an unscrupulous sell-sword who gets caught up in Willow’s quest and finds something to believe in. Personally, I think he’s better in this movie than in anything else he ever did. Not to mention cuter.

The Dust of Broken Hearts

The brownies hit Madmartigan with a fairy potion, causing him to fall in love with his worst enemy. I can’t even tell you how happy this scene makes me. It’s one of my favourite moments in film.

This image is the key to the whole movie for me. A dwarf and a woman – an old woman – laying siege to an entire castle. People who, in the world of Willow, and in our own world, no one looks twice at, much less expects anything of. And it’s not just Willow and Raziel. Madmartigan the mercenary, the brownies, the unappreciated daughter, the army without a country… This movie is about people who are overlooked and undervalued, and the way those people, if they stand up for what’s right, can not only make a difference, but save the world.

For me, this idea is why Willow is just as brilliant today as when it was new.

What about you? Have you seen Willow? What’s your favourite part? What is it about fantasy books and movies that you love?

Filed to: Life, the Universe, and Everything
Tagged with: best fantasy movie ever, Val Kilmer, Warwick Davis, Willow