When I’m working on a book project, I always do more research than I actually have space to include in the text itself. In general, this is a great strategy, because it helps me be confident that I’ve found and selected the facts kids will love the most. But it does mean that sometimes – especially in the cases of my new technology books, which are less than 600 words each – there’s a lot of cool stuff that just won’t fit.

So here are some of the most interesting video game facts that didn’t quite make it into How Do Video Games Work?.

What about you? Do you remember early video games? Remember having to blow into the cartridge to get the dust and hair out before your console would play it properly? Are video games part of your everyday entertainment, or your least favourite thing to do? 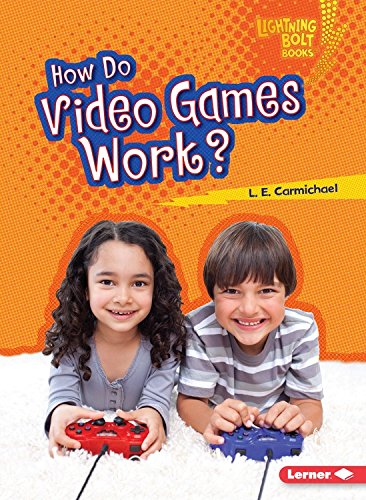 Now available to order through Amazon or Lerner Publishing!