Five Reasons the New Annie Movie is a Brilliant Idea, and One Reason I Still Won’t Watch It 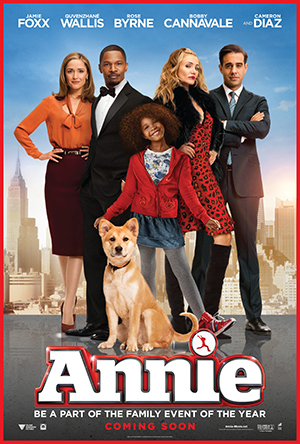 We don’t have cable (just DVDs) and we rarely go to the theatre, so I tend to be a bit out of the loop when it comes to new movies. Which might be why I’ve only recently heard about the new Annie, despite the fact that it came out at Christmas.

There’s a certain faction of internet users that’s unhappy about the casting of a young black girl (Quvenzhané Wallis) in the role of Annie. I’m fairly certain it’s composed of the same people who are outraged by the idea of female Ghostbusters. Their reasons for these objections are, in my opinion, bull poo – and outdated, harmful bull poo to boot. I won’t link, because you can all Google (just have a bucket of water handy for when your hair lights on fire).

My reasons for believing this remake of Annie is a brilliant idea are as follows:

1. First, we need more live action movies for kids (not teens – we’ve got plenty of great movies for teens). Now, I personally love animation, but it’s not real, and kids know it’s not real. Real actors are one step closer to real life, and while kids are bright enough to realize that the actors are acting, with these films there is one less barrier between young viewers and the idea that they, too, can have big adventures.

2. I adore the original movie version of Annie, but it’s set in the 1930s, an era today’s kids are not so familiar with. Giving the story a contemporary twist will have a whole new generation of kids not only relating to the story, but dancing along to the musical numbers.

3. Annie is a rags to riches story – it’s basically Cinderella, but with family instead of romance as the prize. Cinderella is one of the oldest stories the human species has, and almost 2000 versions have been collected from countries all around the world. And by the way, the oldest recorded version of Cinderella comes from China, not Europe. So arguing that Annie is “supposed” to be white is quite frankly ridiculous.

4. Annie is a character who transforms the lives of everyone around her. And she does it because of who she is – a bright, sunny, optimistic person who can’t wait to see what will happen tomorrow. Her personality has nothing to do with her hair colour.

5. Children of every size, shape, gender, colour, talent and ability, ethnicity or economic background need to know that they are valuable. That they matter, and that the things they experience matter. And that many of those experiences and emotions are universal – they happen to all kids, and can be recognized by all kids. Kids need to see themselves in the media that’s produced for them, be it books, TV, movies, music videos, or video games.

Discrimination isn’t genetic, it’s learned: if we want to live in a society that has stopped talking about equality because everyone is already being treated equally, we need to show all our kids that they are, in fact, of equal worth. And that means allowing kids from every one of these culturally-imposed categories to appear in the stories we tell.

All that being said, there is one reason I still refuse to watch this movie: 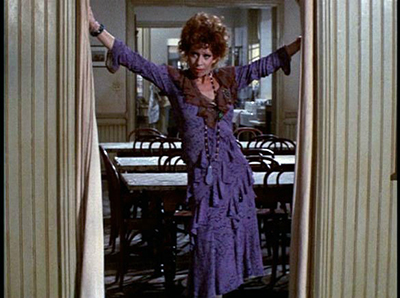 “Do I hear singing in here?”

Carol Burnett didn’t just play Miss Hannigan, she WAS Miss Hannigan. No other actress could make such a horrible person so totally likeable, a feat that is critical to the story’s success. After all, Miss Hannigan is the real heroine of Annie – she is the villain who fights for her own redemption, and of all the characters, undergoes the biggest transformation. I just can’t watch anyone but Burnett in the part.

Have you seen the new Annie? How do you feel about this re-imagining of the story? Do you share my eternal love for Miss Hannigan?

I’d love to hear your thoughts, but please note: I am a children’s author, and this blog is a safe space. Comments that make me or my readers feel marginalized or threatened will not be tolerated.

1 Comment on ‘Five Reasons the New Annie Movie is a Brilliant Idea, and One Reason I Still Won’t Watch It’