My Superhero Name is Information Ninja

As you may have guessed from Monday’s post about my completely ice-free fundraiser for ALS research, I am home from my book tour! I’m now in that weird state of lingering jet lag and general exhaustion where I can make a list of all the stuff I need to be doing but can’t actually force myself to do any of it.

Hence, social media, a brilliant way to feel productive while not actually having to produce. 😀

Fuzzy Forensics: Highlights from the Tour 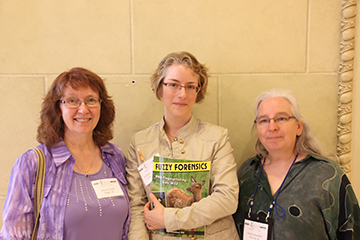 That’s Marie Powell on my right, and Paula Johanson on the left. Although we knew each other from the blog Sci/Why, we met for the first time in real life at this event, and spent a lovely hour talking about children’s nonfiction with conference attendees. If you look very closely, you’ll see a paper umbrella stuck into my name tag. Writers like umbrella drinks, even if they’re drinking water!

Not sure how it happened, but we completely forgot to take photos at the book launch. It was a wonderful night, though. Two of the men who investigated the major wildlife crime described in Fuzzy Forensics, Richard Servetnyk and Ralph Burt, passed away while I was writing, and their families came to the launch. I was so honoured to have the chance to meet them.

August 12 – On Which Date, I Did Not Use the Word “Snot,” but Plenty of Others

Click to watch me talk about Fuzzy Forensics on Breakfast Television. 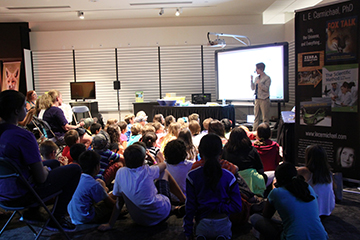 That’s me with the Madonna microphone, talking to kids about DNA and wildlife forensics. 76 people came for the first round, and then I did an encore for 25 more. This photo doesn’t reveal the utter craziness of part two – where all these kids did a mark-recapture experiment with popcorn and jelly beans. Thank you to the staff and volunteers who pitched in to help me measure and distribute supplies! And also for the brilliant suggestion to pre-measure and package in the future, which helped a lot on:

This event was a smaller version of the World of Science festivities. After Tech Support completed his roadie duties (helping me truck in boxes and set up), he left to run some errands, which is why I don’t have pictures. But I do have this fantastic swag the librarians gave me: 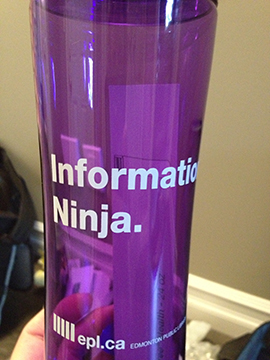 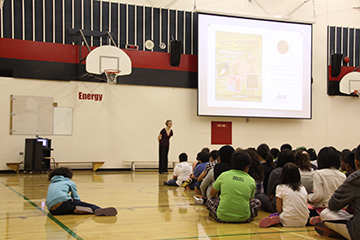 Edmonton has three schools that follow a year round schedule, and I was lucky enough to be in town for the first week of the new year. This is me (once again with the Madonna microphone, terrible on the hair, by the way), talking to all 200 students in the junior high grades. They were a great audience, both quiet and attentive (and yes, their eyes were open – I checked!). They also asked some really thoughtful questions – at least once we got past the whole “Can you get DNA from poop” thing! You can, in fact, as I explained in scientific detail. 🙂 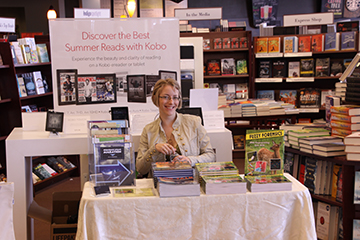 Hanging out in the bookstore where I used to work! A lot of my former colleagues have moved on, but it was great fun catching up with those still there. Not to mention everyone else who stopped by my table to chat. 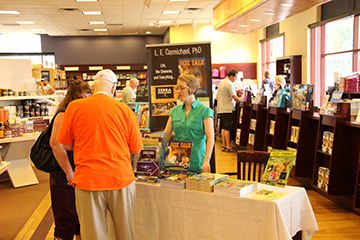 Tech Support’s paparazzi skills need a bit of development, but those people whose faces you can’t see are my Grandpa and my Aunt. I was so happy to have a chance to see them on this trip, and I hope they had fun seeing me in all my authorly action.

Thanks also to the great staff at the Lethbridge Public Library, where I closed out the tour with a workshop on writing nonfiction for kids. Due to the start of Whoop-Up Days and an ill-timed downpour, attendance was low, but those who came got a lot of personal attention.

What about you? How did you spend the last couple of weeks?

Special thanks to Arts Nova Scotia, for awarding me a grant in support of this book tour. 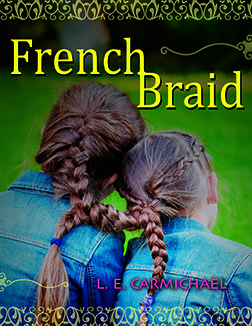 Don’t forget that my YA short story French Braid is now for sale in downloadable PDF format, exclusively from my website. 50% of all proceeds will be donated to ALS research – and a variety of price points are available. There’s no expiration on that offer, by the way – this fundraiser will continue even after the ice buckets are empty!

4 Comments on ‘My Superhero Name is Information Ninja’