Arthur, now a tropical storm, has reached the Maritimes. We’re just catching the edge of it in Halifax, but are thinking good thoughts for New Brunswick and PEI, not to mention everyone in the USA who have born the full brunt of it over the last couple of days.

Despite the surging winds and general dreariness, we did have to venture out this morning, when I discovered that we’d run out of onions and celery, two of the key ingredients in the crock-pot soup we’re having for dinner. Since we had to leave the house anyway, we figured we might as well make it worthwhile. First a stop for provisions, at the grocery store that’s locked one of its entrances because the wind causes the doors to stick open. Then to Rona, so Tech Support could get some supplies for fastening down the drain spout on his in-progress garden shed. Unfortunately, the UPS store, and the library branch that’s holding books I need to finish fact checking my current book, decided not to open due to storm. 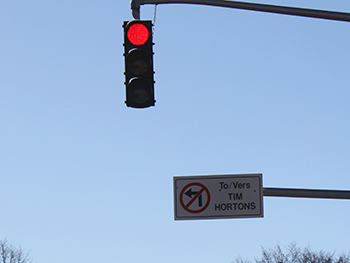 Tim Hortons, however, had no such qualms. If I’d had my phone with me, I’d have taken a photo of the 30 or so cars lined up in the drive through, eagerly awaiting their infusion of hurricane caffeine. Maritimers are serious about their Tim Hortons.

Now that we’re back inside where it’s warm and dry, and the soup is crocking in defiance of potential power outages, the cats and I are weathering the storm in our own way – writing blog posts while watching Bridget Jones’ Diary for the sixth or seventh time.

What are you up to today? Are you in the path of the storm, or luckily warm and dry? Join me in sending good thoughts to those affected by Arthur, and by the flooding in Saskatchewan and Manitoba.