A Few Reasons Why Book Banning is Wackadoodle 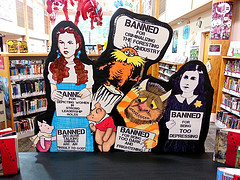 The American Library Association has released its top 10 challenged books of 2013:

2) The Bluest Eye by Toni Morrison

5) The Hunger Games by Suzanne Collins

7) Looking for Alaska by John Green

8) The Perks of Being a Wallflower by Stephen Chbosky

9) Bless Me Ultima by Rudolfo Anaya

Details and commentary are at The Guardian. Being an author myself, you can probably guess that I’m rather firmly against book banning – people have the right to choose what they and their children will read, and that decision should never be made for them.

That being said, I’m a little perplexed by some of the reasons people have given for objecting to these books. Fifty Shades of Grey, for example, is a book for adults that has only ever been marketed to adults, and it’s been challenged because it’s “unsuited to age group.” Of all the reasons for objecting to that particular book, this seems like a weird one to go with. 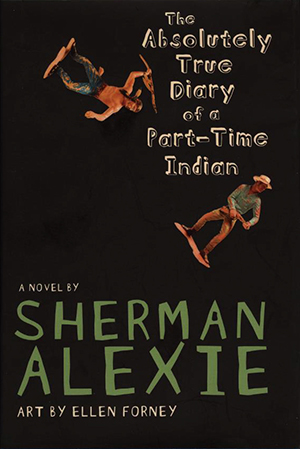 The one that really makes me crazy though, is the challenge to The Absolutely True Diary of a Part-Time Indian: for being racist.

That sound, you ask? That was the sound of the ENTIRE POINT of the book whooshing past the people that challenged it.

This book was written by a First Nations author about characters belonging to his own First Nation. It doesn’t glorify racism, it holds a mirror up to the fact that racism is a huge and ongoing problem. And while it’s vital for kids of all cultures and backgrounds to see characters like them in fiction that’s written for them, it’s also vital for kids from OTHER cultures and backgrounds to understand what life can be like for kids that aren’t exactly like them. This is how empathy grows and change happens, people.

The Absolutely True Diary is a beautiful, painful, uncomfortable, devastating, gorgeous, hilarious, and heartbreaking book. You and your teen should go read it right now. And if it inspires you, share it. Don’t let the book banners win.

Have you read Sherman Alexie’s book? Did you read banned books as a kid? Did the disapproval of adults make you more or less interested in seeing what all the fuss was about?

Filed to: Life, the Universe, and Everything
Tagged with: Sherman Alexie, The Absolutely True Diary of a Part-Time Indian, Top 10 Challenged Books of 2013, banned books

3 Comments on ‘A Few Reasons Why Book Banning is Wackadoodle’