Amy’s Marathon of Books: Nix Minus One, by Jill MacLean 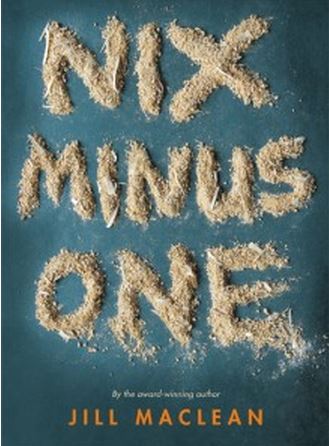 Title: Nix Minus One
Author: Jill MacLean
Publisher: Pajama Press
ISBN: 9781927485255
Book Source: purchased from the author (who is a friend of mine) at the launch

Nix Humbolt doesn’t talk much. Though at fifteen he’s taller and leaner than in his “Fatty Humbolt” days, he still lies low at school. At home Nix finds refuge in his father’s workshop where he builds intricate boxes and tables—and avoids arguments with his polar-opposite older sister. Roxy is so alive the air around her vibrates. Nix would slay ten dragons for her, but she drives him crazy—especially when she decides to go after Bryan Sykes. The guy is seriously toxic, but Roxy won’t listen, so what can Nix do? The only battles he ever fights are on his Xbox—until the day he finds the guts to fight for Swiff Dunphy’s neglected dog. Twig won’t win any beauty contests, but Nix is determined to save her. And when things start to spiral out of control, she might just be the one who saves him.

How much do I love this cover? It’s spot varnished and embossed, so you can feel every speck of sawdust – which, by the way, the cover designer actually used to spell out the words. Which is just about the coolest thing ever. And then there’s the title, which provides a big flashing clue as to the events of the book… a clue that I somehow completely missed, as I was totally shocked when said events happened. Since becoming a writer, I’ve gotten very good at figuring out where authors are going with their stories, but MacLean caught me by completely by surprise. (We’ll give some credit to the author of the jacket copy too, which is both entirely accurate and a masterpiece of misdirection.)

Nix Minus One is written in verse, rather than standard novel-style prose. This is a choice that can feel somewhat forced, but in this case works beautifully. At one point while he’s woodworking, his friend Blue says, “You don’t need words. Your hands do the talking.” The spare, economical nature of verse is a perfect fit for a character who’s quiet and introverted. It also amplifies the emotion of Nix’s story in a way that paragraphs of description could never achieve.

This is gripping, heartbreakingly-beautiful novel that I finished in one sitting – I just didn’t want to stop. Recommended to older teens and adults alike.

Nix Minus One is my third stop for the 13 Book Challenge of Amy’s Marathon of Books, which is about promoting

Canadian literature for teens, while raising money to fund a new book award. Click the button to donate, and consider joining the Challenge yourself! For more information, you can check out my interview with Amy in the March/April issue of Eastword.

Filed to: Life, the Universe, and Everything
Tagged with: Amy's Marathon of Books, Jill MacLean, Nix Minus One