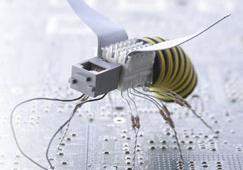 For the last 20 years or so, scientists have been studying evolution using a new kind of life form – a digital one.

Originally inspired by computer viruses, digital organisms (DOs) are programs designed to replicate their own code. Animal habitats are limited in size (fish in ponds, for example) and so are those of DOs (there’s only so much RAM). Animal habitats are also limited in energy (picture pandas and bamboo)… for digital organisms, this limit is the CPU time required to run the program.

As DOs reproduce, errors are introduced into their codes at a fixed frequency, just as mutations produce errors in DNA. The result is a genetically variable population of individual programs, all competing for resources in silico.  And because some variants in this population reproduce faster, while randomly-chosen organisms periodically “die” by being deleted from the system, the composition of the population shifts over time.

In other words, the digital species evolves.

There are major advantages to using digital organisms in the study of evolution.  For one thing, complex carbon-based life forms tend to have long generation times, making it difficult to observe evolution in action.  With some exceptions, scientists are usually restricted to studies of the fossil record, or relationships between living species. This observational approach works fairly well, but some questions can only be answered with experiments. Before digital organisms, evolution experiments could really only be done using carbon-based bacteria and viruses, and even then, it took years to propagate the population through enough generations for evolution to occur.  In contrast, digital organisms can go through thousands of generations in just a few hours.

More importantly, because digital organisms share no history with life on earth, they are a completely independent example of evolution.  This allows scientists to distinguish general principles of evolution from quirks that might be specific to DNA-based organisms. 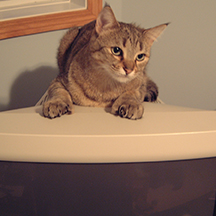 Some of the most interesting results to come out of this research relate to complexity.  In most cases, digital organisms develop faster replication rates by losing code – stripping themselves down to the essential instructions required for reproduction.  In other words, they get simpler over time.  Under experiments called computational scenarios, however, simple organisms can obtain numbers from their environment (equivalent to necessary chemicals or food resources).  If they have the right code (genes), they can perform calculations using these numbers (just as carbon-based life forms use metabolism to transform nutrients).  They then release the products of the computation back into the environment.  If those products are deemed beneficial, the organism is rewarded with an increase in fitness – the ability to replicate more quickly.

These scenarios favour organisms that acquire the ability to perform new computations. The result is a spontaneous increase in complexity over time. Over the course of several hundred generations, digital organisms evolve that can perform up to 50 distinct calculations. These results suggest that under the right conditions, and given enough time, one-celled carbon-based organisms would have had no trouble evolving into complex creatures like ferns, komodo dragons, and tax attorneys.

Another cool result of research with digital organisms is the spontaneous evolution of parasites – digital organisms with stripped-down genomes that piggy-back on more complex organisms, using the code of their hosts to copy themselves (this is exactly what the average cold virus does when it infects a human nose). What’s even more incredible is that the host DOs began to evolve parasite resistance, launching a digital arms race analogous to that between influenza and annual flu shots!

As usually occurs in science, with answers come new questions. In this case – have these DOs become really real organisms? Will scientists need to pass an ethics review before experimenting on them? Where do we draw the line between simulations and life? What do you think?

Filed to: Life, the Universe, and Everything
Tagged with: parasites, digital organisms, evolution