Joyce Grant: Can You Believe It? 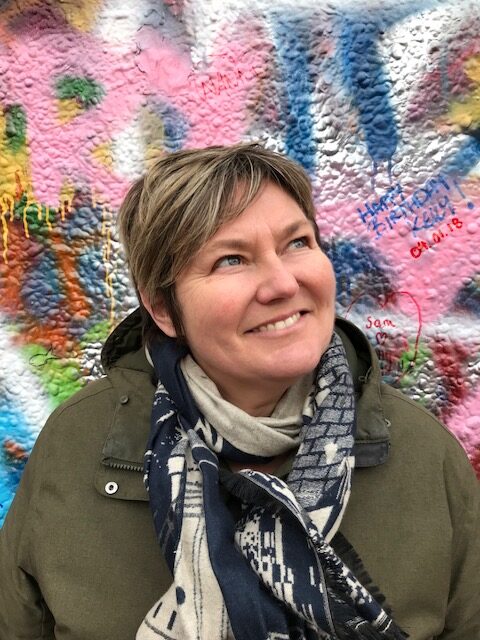 Can You Believe It? How to Spot Fake News and Find the Facts is my sixth book—my first non-fiction.

I’ve been talking to students about the news since 2010, when I created TeachingKidsNews.com with educator Jon Tilly. Over the years, the questions from students began shifting a bit—they started asking me how to tell if something online is fake. Teachers and parents wanted to know as well.

When I started doing research about it six or seven years ago, fake news-spotting meant looking for wonky URLs and typos in articles and scanning About pages. But as misinformation evolved and got more sophisticated, spotting it became more about critical thinking. Investigating sources and fostering kids’ “something-just-feels-off” intuition.

At first, I was intimidated at the thought of condensing years of research to fit just 56 illustrated pages. I had interviews and discussions with so many people as I was developing the book. A researcher at Stanford University, media literacy and kidlit experts, journalists and parents and kids. The hard part about boiling a lot of information down is that you have to maintain the depth of content. You do that by killing off your darlings—recognizing what’s not relevant (as much as you may want it in there) and what could be said more simply, with fewer words.

I’m very grateful to my editor at Kids Can Press, Kathleen Keenan—I call her the “structure queen.” She suggested a framework that takes the reader on a journey from learning what fake news is and why it’s bad, to seeing how real journalism is m 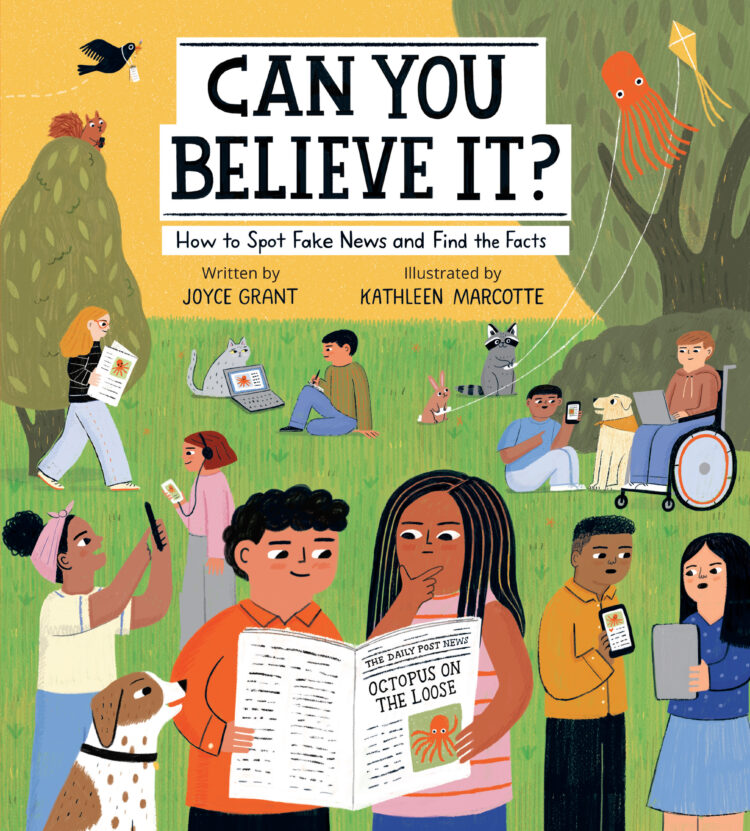 ade and then to how to investigate suspicious posts and videos. That structure gave me room to really have fun with the copy, to add lots of little activities and to introduce nuance, which I think gives a book more depth.

One of the things I’m especially happy about is that the illustrations and scenarios include a wide diversity of kids. We wanted the book to reflect its readers. The illustrator, Kathleen Marcotte, is amazing. It’s hard to believe this is her debut children’s book. Not only did she do an incredible job with the illustrations but she added little humorous moments as well. On one double-page spread there’s a “dinosaur parade” and a girl is tweeting that dinosaurs are back. Meanwhile, the reader can see that the dinosaurs are actually made of cardboard. Kathleen made those teachable moments funny.

The book has lots of names in it, in article by-lines, photo captions and activities. I had a great time dropping the names of my neighbours, friends’ kids and relatives throughout the book. There was a bit of an oopsie that I made, which I’ll know for next time: in a couple of spots, I used the names of three siblings. Later, I cut a couple of scenes and of course one of the names went as well. I had to tell a couple of kids, “your name was in there, I promise—but the section got cut.” They understood, though. And I’ll just use those names in my next book, lol!

And I’m definitely hoping there will be a next one. I think I have a solid concept for another book after this one. It’s still in the planning stages but I’m excited about it. Of course, it takes about three years from contract to shelf, and when you’re writing about technology you have to be careful that it doesn’t change so drastically that the information is no longer relevant by the time the book is published. But I learned a lot of lessons from this book, and from my editor, so it should be easier next time, right? Right!?

Joyce Grant is a freelance journalist and teaches at Humber College. She owns the award-winning website TeachingKidsNews.com and gives presentations at schools and libraries about journalism and fake news. “Can You Believe It?” is her sixth children’s book. Joyce lives with her family in Hamilton, Ontario.

Get in touch with Joyce online: