Catherine Egan – No Writing Is Wasted 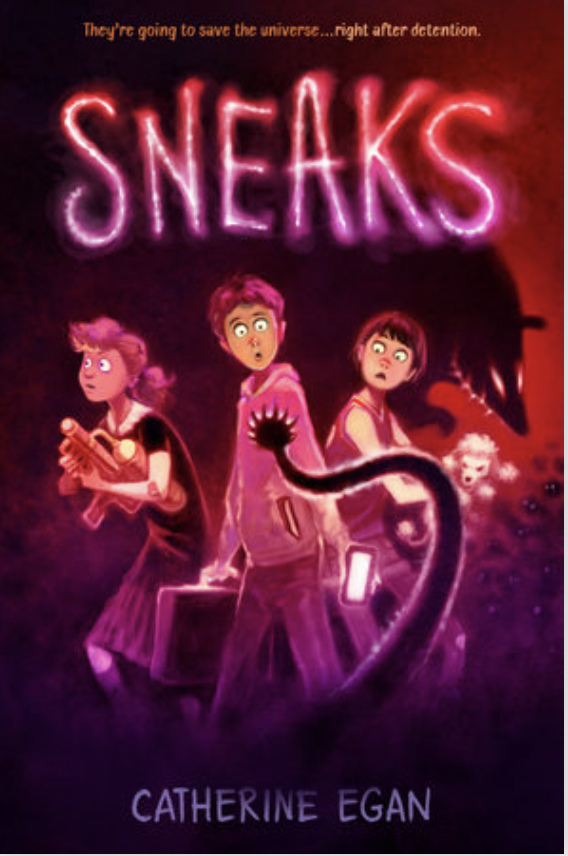 Years ago, when my first child was an infant, I swore to myself that I could and would keep writing. I was still working part-time in a restaurant and doing bits of freelance work, but I was determined to Do It All. The book I wrote during that first exhausting year of motherhood was a disaster. Two hundred pages in, I knew it wasn’t working. As a writer, it’s hard to know when to jump ship. Are you cutting your losses and moving on, or just quitting when it gets tough? I had worked so hard on that book, and there was so much I loved about it. I kept banging away at it for a while, laptop balanced on a cleared space on the bookshelf and baby napping in a sling because he napped longer on my body. I swayed, rocking the baby, and typed, not rocking the book. I just couldn’t make it come together. I left the wreck of that book behind me, but I felt like a failure.

A year or two later, I went diving back into that wreck and ransacked it for parts. Much of my intricate world-building and a number of characters ended up as salvage – I put them to far better use in the story that became my YA fantasy Julia Vanishes.

When my second child was an infant, I wrote another terrible book. (Do you see a pattern?). I finished that one, but I never sent it anywhere. I knew it was a broken book and no amount of editorial wizardry was going to fix it. I’d learned a little bit, by that point, about what was fixable and what wasn’t. My favorite thing about that failed book was an enchanted, maze-like house with a hundred rooms that functioned kind of as a puzzle. Years later, when I was in the early stages of outlining Sneaks (my recently published middle-grade novel), that house became salvage, and I put it to work in my new draft.

Sneaks is a sci fi puzzle book about friendship, middle school and aliens trying to take over the universe, but it’s also a book about failing and trying again. My protagonist, Ben, tries to be a good friend and a good brother – fails – and tries again. He tries to do the right thing, to save the universe, but he fails – and tries again. At my most optimistic, I think I can use all my failures – in books, in life – and turn them into new books, fresh starts, second (or third, or fourth) attempts at getting something right.

No writing is wasted. There is always the chance of salvage and, of course, there are the things you learn from failure. I used to find Failure a cruel teacher, but I don’t feel that way anymore. Maybe I’ve just gotten used to it, and the older I get, the easier it is to take the long view. I begin each book with more confidence. I’m starting to see the pitfalls before I dig them and then fall into them. I pile up lessons – and material! – and carry them with me forward.

Now I’m at the very beginning stages with a new book, that blissful stage before you’ve made any mistakes, written yourself into any corners, or just found yourself banging up against your own limitations. But I’ve gotten so much better at all this – at writing, at fixing, at quitting, at salvage, whatever the book requires. For now, the book exists only in my imagination – where it is absolutely perfect.

If you are interested in seeing any of my blunders in real time, links to my online self below!