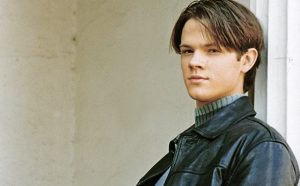 Here’s a way to confuse yourself on a Saturday. Cross-stitch while playing Gilmore Girls in the background, then do tai chi while watching the latest season of Supernatural. Attempting to reconcile Rory’s boyfriend Dean with Sam Winchester is a good way to bruise your brain.*

Then again, maybe it’s not so big a stretch. After all, while Dean was originally from Chicago, he became a small-town guy pretty fast. And the Winchester brothers have always been much more comfortable in small towns, that weird spinoff episode in Season 9 (set in Chicago – coincidence?) notwithstanding.

And Rory’s Dean did start making some pretty terrible decisions, although I’m not quite sure it’s fair to compare “cheating on wife” with “drinking demon blood” or “starting the apocalypse.” 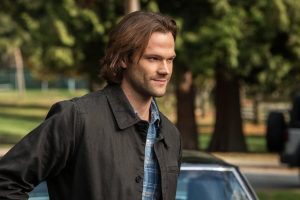 Here’s another thought. Remember “Changing Channels” in season 5 of Supernatural? Maybe when Sam and Dean were bouncing around from Friends spin offs to terrible CSI knockoffs, they spent a little time in Stars Hollow. Perhaps there is an argument to be made that his less-than-smooth relationship with Rory is the real reason that Sam Winchester has sworn off women.

Next week – why watching Season 7 of Buffy after watching Firefly was a terrible, terrible mistake.

How are you spending your Saturday?

*First of all, how did they decide that Jared Padalecki should go from playing a guy named Dean to being the brother of a guy named Dean? I’m fairly sure it would have been less confusing to just keep the name.