I Named My Computer Crowley 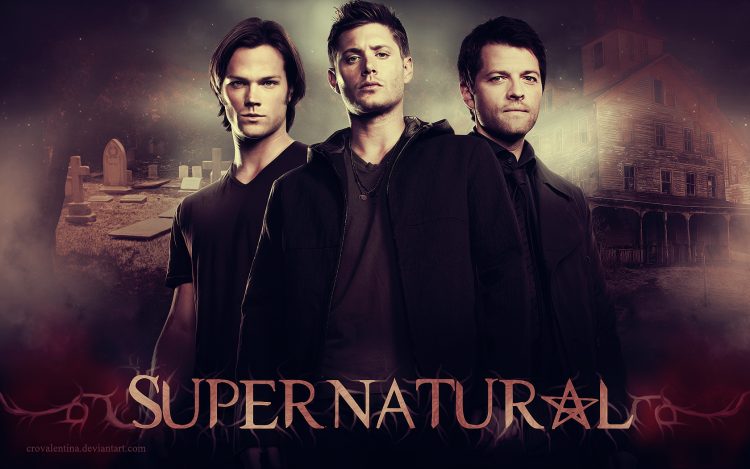 Due to an unfortunate incident with a spilled glass of iced tea, I had to buy a new laptop. Is it just me, or is the hardest part of setting up a new computer figuring out what to name it?*

Over the years, I’ve had five computers of my own. I named the first one Franjeen, after one of the brownies in Willow. When I replaced that computer**, it made sense to stick with a fantasy theme. Computer two was Falkor, known in my childhood as “the puppy dog dragon.” Next came Schmendrick, for the hapless magician in The Last Unicorn. And the laptop that went for a swim was Polgara, sorceress from the Belgariad series by David Eddings.***

I named my new computer Crowley.

This was probably inevitable. Thanks to the glory of Netflix, I’ve totally fallen in love with Supernatural.**** And I totally adore Crowley, erstwhile crossroads demon and current King of Hell. Yes, he’s evil. But he’s that suave, sophisticated, snarky kind of evil that is as hilarious as it is frightening.

I am eagerly awaiting the release of season 11 on Netflix. Any suggestions for what to watch while I wait?

*Assuming your data is safe, that is.

**One of those early Macbooks that came in bright plastic colours, although mine was boring graphite grey.

***Which, if you enjoy fantasy and have not yet read, you should totally check out. Adventure, complex characters, and “clean” enough to hand to any voracious teen readers in your life.

****And now offer a character-building workshop inspired by the show. I’m taking bookings for the 2016/17 season, if you’re interested!

Filed to: Life, the Universe, and Everything
Tagged with: Supernatural, Crowley, naming your computer

3 Comments on ‘I Named My Computer Crowley’