Alan Rickman is Gone… But Severus Snape Will Live Forever 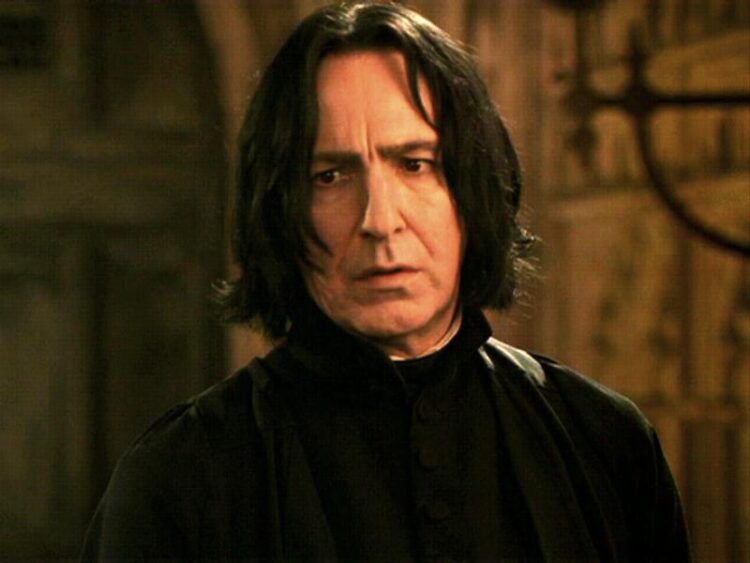 The first Alan Rickman movie I ever watched was Robin Hood: Prince of Thieves, in which he played the Sheriff of Nottingham. He was flamboyant, cutting, hilarious, frightening, and absolutely mesmerizing. He stole the show, and in a movie that also contains the great Morgan Freeman, that’s really saying something. I’ve been a fan of his work ever since.

Rickman had a gift for creating villains that were such larger-than-life fun, I often found myself rooting for them rather than the heroes. Severus Snape was the epitome of this for me. I’ve long believed that Snape was the true protagonist of the Harry Potter books. He takes the biggest risks, walks the most dangerous path, and does what he knows is right, even when the entire world misunderstands him. Rickman brought one of the most complex and subtle characters in literature fully to life, making him something even greater. His body language, his deliberation, and the exquisite timing with which he delivered his lines made Snape utterly unforgettable – a tragic hero whose on-screen death was even more painful to watch than Dumbledore’s – or Dobby’s.

And that voice… that incredible voice. Rickman could have read a grocery list and I’d have listened, completely spell-bound. It was his voice that first allowed me to picture Rickman, not as a villain, but as the romantic hero Colonel Brandon in Sense and Sensibility.

He was a one-of-a-kind talent, and by all accounts from those who knew him, a wonderful human being as well. The world is a poorer place without him, and my heart goes out to all the fans who loved his work, and to the friends and family who loved him as a person.

For myself, I’ll take comfort in watching and re-watching his movies for the rest of my life – Robin Hood, Die Hard, Sense and Sensibility, Love Actually, but most especially, the Harry Potter series. I’ll remember Alan Rickman, to quote Severus Snape himself, always.