Goodbye to the Man Who Gave Me Worlds

If you’ve been reading this blog for a while, you may remember my Uncle Ted, from this post where I rant about how you should never have to pay for hospital parking. 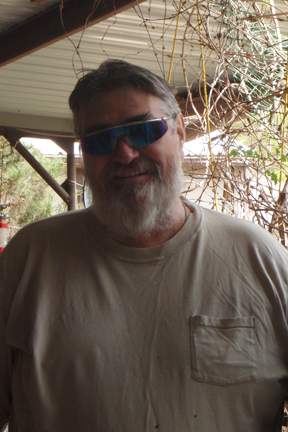 He passed away last Saturday after nearly 2 years in intensive care. We all knew it was coming, but there’s no such thing as being prepared. Every loved one’s death leaves a hole in the psyche, and I’m still trying to get used to the idea of a world without him in it.

Uncle Ted is at least partially responsible for the fact that I’m a writer. When I was a kid, he gave me a box of second-hand fantasy novels – Robert Asprin and Alan Dean Foster and Piers Anthony. I’m pretty sure they were the first batch of “adult” books I ever read (before that I mostly remember L. M. Montgomery and Laura Ingalls Wilder). They were also the first books that showed me you never had to outgrow fairy tales. That fantasy was a thing for adults, too. Uncle Ted gave me worlds – he showed me that imagination was the only limit, and that there was something I could do with mine.

He was also the only adult in my life that treated me like a grown up – he didn’t care if I got up on time or did well in school or remembered to brush my teeth. He wasn’t responsible for me and he seemed convinced I’d turn out well no matter what he said, so he never told me what to do. He talked to me like a person, which made talking to him a whole lot easier.

Ted loved diet Dr. Pepper and corn dogs and riding his golf cart through the wilderness trails of south Texas. He loved computers and the access they gave him to all the information in the world. He loved throwing an outrageous comment into a conversation – whether or not he believed it – just to see how people would react. He hated having his picture taken.

It’s Thanksgiving weekend here in Canada. I’m going to read a book and raise a Dr. Pepper, and be thankful that this man was in my life.

Filed to: Life, the Universe, and Everything
Tagged with: Ted Hermanson, Thanksgiving, fantasy, grief

8 Comments on ‘Goodbye to the Man Who Gave Me Worlds’