Brier Island is one of the best places in Canada for whale watching, and after four years in Nova Scotia, Tech Support and I finally made it up there.

A number of species of whales and dolphins summer off Nova Scotia because the cold north Atlantic is extremely productive. They migrate here to feast on krill, fattening up for the return trip to breeding grounds in warm southern waters.

We took a zodiac with Brier Island Whale and Seabird Cruises. The fog rolled in right before we left, and for the first half of the trip, we weren’t sure we’d see anything other than seagulls. But then we found the whales! 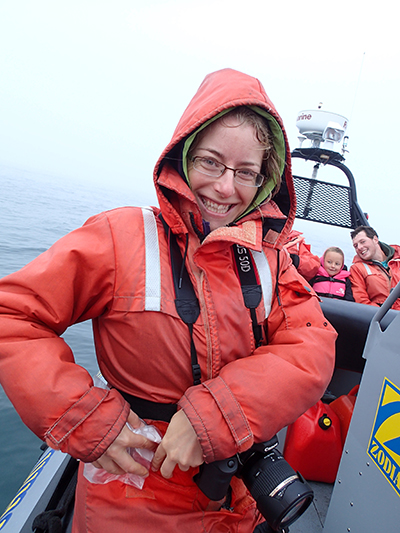 It was cool, and so foggy the moisture in the air condensed all over my glasses as we searched.

We saw several small groups of humpbacks. The video is from the last group, consisting of two adults and a calf. Watching the adult perform the belly roll was totally awe-inspiring – that was the moment when we could really see just how massive the animals really were.

A pod of about 20 Atlantic white-sided dolphins was also swimming near the whales, but we couldn’t get good pictures of them – they were both quicker than the whales and a lot less predictable. They seemed to think the zodiac was a delightful new toy, zipping under the boat and bursting out of the water on all sides, moms and calfs leaping together.

It was an amazing, once-in-a-lifetime experience and I can’t wait to go again!

Have you ever been whale watching? What was your most incredible wildlife encounter?

Junior marine biologist in the family? Check out Humpback Whale Migration, for ages 6-9. Available from Amazon and The Child’s World. 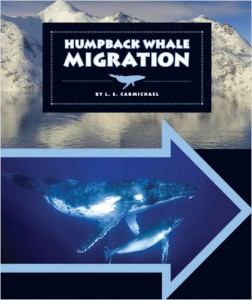